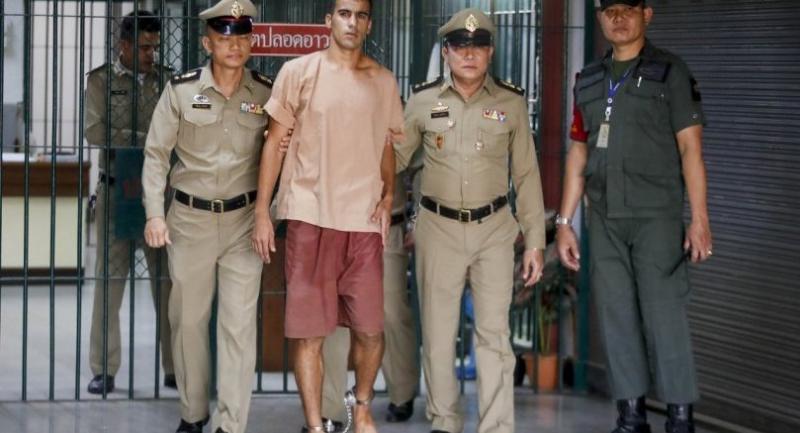 IT WAS Australia’s issuance of an Interpol red notice for former Bahraini footballer Hakeem al-Araibi that led to his arrest in Thailand, Foreign Minister Don Pramudwinai revealed yesterday.

Bahrain, which issued an arrest warrant after finding him guilty of criminal charges in 2014, learnt about his overseas trip and requested Thailand to detain him, Don said.

Al-Araibi was arrested at Suvarnabhumi Airport on November 27 after a honeymoon trip with his wife while reportedly en route to Australia, where he was granted residency about four years ago.

Since the arrest of al-Araibi hit global headlines, Australia has been at the forefront of the demand for his immediate release, arguing that he was a refugee with Australian residency and therefore should not be arrested and face an extradition trial.

“The Interpol’s red notice issued by Canberra on al-Araibi reached the Thai side before he arrived here. Interpol was very quick and we arrested him at the request of Bahrain,” Don told reporters.

Thailand now finds itself caught in the middle of this conflict. A solution would be for Australia and Bahrain to sit down and talk, he said.

“Thailand is willing to help facilitate the talks if both sides agree to settle the matter through negotiations. One way out would be to send him to a third country,” Don said.

A Foreign Ministry press release on December 8 revealed that despite the subsequent withdrawal of the red notice on al-Araibi from the Interpol database, the extradition process had already been activated following the receipt of a formal request from the Bahraini government.

Meanwhile, Chatchom Akapin, chief of International Affairs Department at the Office of the Attorney-General, said his office would base its decision entirely on the concerned laws.

Chatchom said his office had reviewed the defendant’s alleged offences, including arson, and found that they were not political or race-related and Thailand had similar crimes. “Therefore, the Bahraini request is in line with the extradition legislation,” he said. Asked about the defendant’s refugee status, Chatchom said that was a matter for Canberra, saying the Thai side would consider only whether the Bahraini request was in line with the extradition laws.

Meanwhile, Corrections Depart-ment chief Narat Sawettanun yesterday insisted his department was permitted by law to use shackles on al-Araibi. His department chose to shackle his legs when transporting him from detention to his extradition trial on Monday after his case caught the attention of media and the general public.