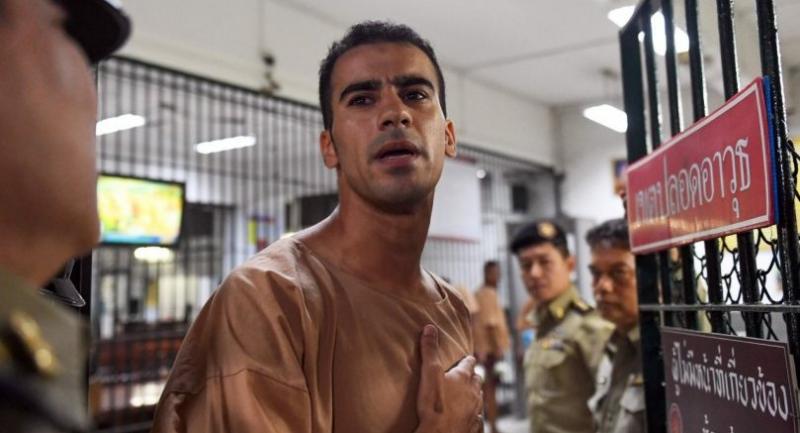 The Football Federation Australia has cancelled a training trip of its Under-23s to Thailand to protest the Kingdom's continuing detention of a former Bahraini footballer Hakeem al-Araibi who holds Australian residency, according to the Guardian online.

Al-Araibi was arrested at Suvarnabhumi Airport in late November after Australian Interpol issued a red alert on him. Learning about his visit to Thailand via Interpol, Bahrain issued an arrest warrant and asked Thailand to detain him.

He has remained in the Bangkok immigration jail pending extradition trial ever since.

Bahrain has submitted documents including the arrest warrant to back its request for the Thai Court to extradite Al-Araibi.

Led by Australia, support for Al-Araibi has accumulated in cyberspace and on social network platforms, most of the posts calling for Thailand to immediately release him so that he could return to his wife and Australia.

However, Bangkok insists that his trial has already commenced and cannot be retracted.

According to the Guardian, coach Graham Arnold said Australian national teams stood with al-Araibi, who faces a further two months in a Thai jail before discovering his fate.

He is fighting an extradition order to send him back to Bahrain, where he fears he will be imprisoned and tortured, as he alleges occurred in 2012.

Plans had been made by FFA last year to play a friendly match against China in Bangkok as part of the team's preparations for the AFC Under-23 Championship qualifiers to be held in Cambodia in March, but alternatives are now being sought.

"On our return from the recent AFC Asian Cup we reassessed our plans due to the ongoing detention of Australian footballer Hakeem al-Araibi in a Thai prison," Arnold said.

"We are in the process of rearranging our pre-tournament camp in another Asian nation. Australia's national teams are united in their support for Hakeem al-Araibi and we call on the community to continue to campaign for his release."

According to the Guardian, Australia Super Rugby club Melbourne Rebels on Tuesday faced stiff backlash on social media after announcing a sponsorship deal with Thai Airways. The club was accused of being "tone deaf" and "failing to "read the room".

It later apologised "unreservedly" for any offence caused and said the club stood in full support of al-Araibi's cause and will use its new relationship to engage with the airline directly.

On Tuesday FFA pledged $10,000 to kick-start fundraising efforts to help continue the global advocacy campaign to return al-Araibi to Australia.