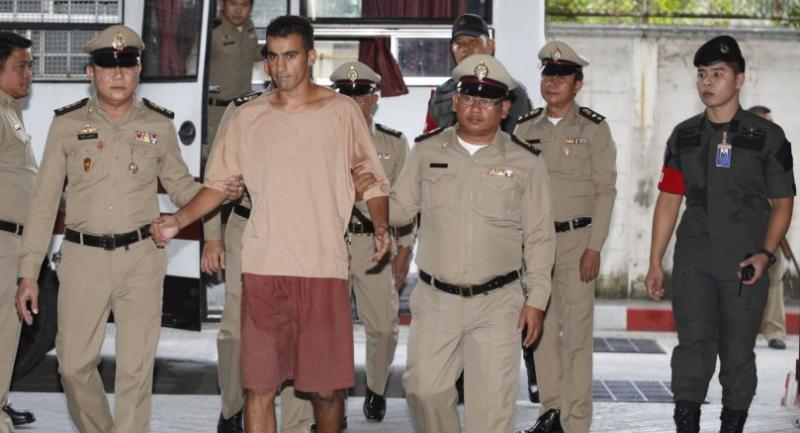 BAHRAINI FOOTBALLER Hakeem al-Araibi will file another bail request while he awaits this extradition trial, his lawyer said yesterday.

An Australian resident with refugee status, al-Araibi was arrested at Suvarnabhumi Airport in November following an Interpol “red notice” as he arrived with his wife for a holiday. Bahrain had sentenced him in absentia to 10 years for allegedly vandalising a police station in 2014. The footballer, a former member of Bahrain’s national team, fled to Australia and was granted asylum in 2017.

Meanwhile, the court earlier this week denied his bail request, but agreed to let him file a formal petition against the extradition by April 5. In the meantime, he remains in jail. An arraignment date has been set for April 22, when a witness list and trial date will be confirmed. His lawyer said he will seek more evidence and a guarantee when he again applies for bail next week.

Thailand has been strongly criticised for treating the footballer badly, after he was seen getting off the prison bus barefoot and shackled.

The Australian government, which is pressing for his release and return, yesterday dismissed media reports that it had put out the red notice that resulted in the footballer getting detained.

“Australia never issued a red notice against al-Araibi. This red notice was issued by Bahrain on November 8, 2018, shortly before he travelled to Bangkok,” the Australian Embassy in Bangkok said in a statement yesterday.

The statement also said a red notice should never have been issued as al-Araibi held the status of a protected refugee and that it was a breach of Interpol regulations.

It said Canberra was not initially aware of this, and in line with procedure, Interpol notified Thailand of al-Araibi’s travel.

“When the Australian government became aware of the situation, we ensured the red notice was rescinded as soon as possible. This happened on November 30, only three days after al-Alaraibi arrived in Bangkok. Australia is reviewing our procedures so this does not happen again,” the embassy statement said.

However, prior to the embassy statement, Thai Immigration chief Pol Lt-General Surachet Hakpal said he had explained the legal procedure to the Australian Embassy, and insisted that Thailand’s executive branches have no authority to intervene in the justice system. The court will take another 60 days for the trial.

“The Australian Interpol red notice was revoked only after al-Araibi was detained, so we have to follow our laws and procedures,” Surachet said.