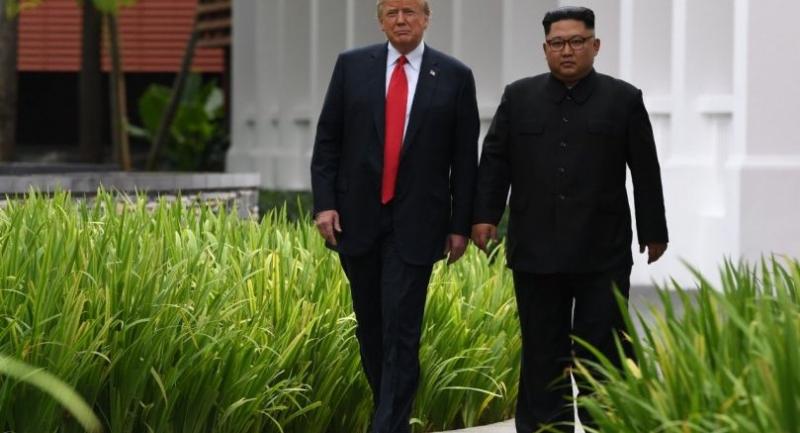 In this file photo taken on June 11, 2018 North Korea's leader Kim Jong Un (R) walks with US President Donald Trump (L) during a break in talks at their historic US-North Korea summit, at the Capella Hotel on Sentosa island in Singapore./AFP

US President Donald Trump announced Friday that his upcoming summit with North Korean leader Kim Jong Un will take place in Hanoi on February 27 and 28.

"My representatives have just left North Korea after a very productive meeting and an agreed upon time and date for the second Summit with Kim Jong Un. It will take place in Hanoi, Vietnam, on February 27 & 28. I look forward to seeing Chairman Kim & advancing the cause of peace!" Trump tweeted.

"North Korea, under the leadership of Kim Jong Un, will become a great Economic Powerhouse," he added.

"He may surprise some but he won't surprise me, because I have gotten to know him & fully understand how capable he is. North Korea will become a different kind of Rocket - an Economic one!"