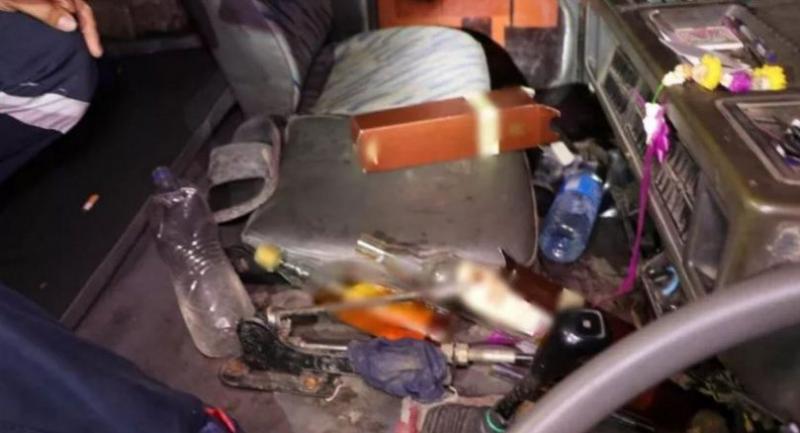 A truck driver was charged with drunk driving in Chachoengsao on Sunday night, but only after he’d been scooped up off the road surface where he’d passed out, saving him from being run over.

A passing motorist stopped and dragged an unconscious Thongsai Saenlert, 51, to the roadside and then called the rescue squad.

Thongsai had sustained a head injury in his collapse on the Bangkok-bound motorway at Kilometre 41+100 in Moo 10, Bang Pakong district.

His truck was parked awkwardly nearby, partially obstructing the road.

He regained consciousness while his wound was being treated and appeared to be drunk, insisting he still had to deliver his load to Ratchaburi and then get back to Bangkok.

But Thongsai had no idea what had happened.

He had to be restrained from resuming his mission.

Police found a partially empty bottle of whisky in the truck near the driver’s seat and came to suspect that Thongsai was inebriated enough to think he’d already reached home and had climbed out of the cab before blacking out.