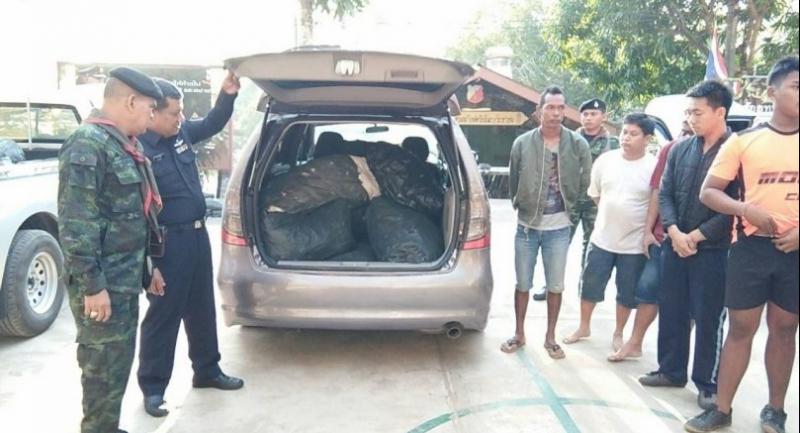 Army troops on Monday apprehended five Thai men in Songkhla while they were allegedly transporting 1,470 kilograms of kratom leaves smuggled into the country from Malaysia.

Colonel Woradej Dejraksa, commander of the Fifth Infantry Regiment based in Songkhla’s Sadao district, said the five were arrested after a patrol unit of his regiment had spotted three vehicles on the Sadao bypass road in the morning. The soldiers stopped the vehicles – two pickups trucks and an SUV – and found the kratom leaves (Mitragyna speciosa) inside.

They said they had bought the drugs from a Malaysian man for Bt200 per kilo, and planned to resell them for Bt500 per kilo, Woradej added.