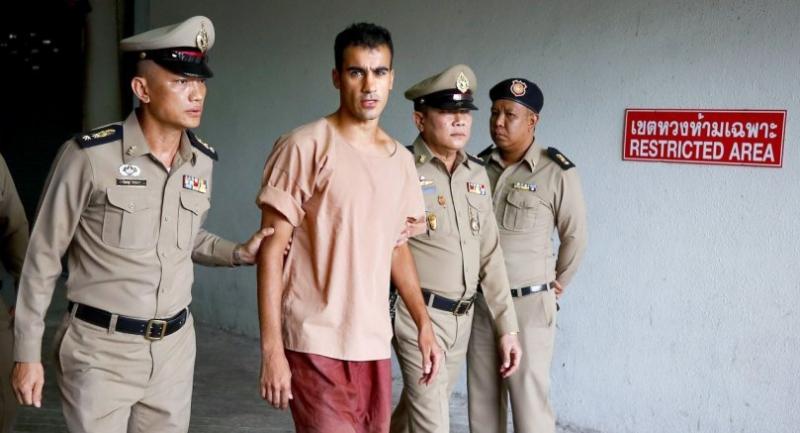 BAHRAINI fugitive footballer Hakeem al-Araibi, who was facing an extradition trial in Bangkok since his detention in November last year, yesterday walked free after his country decided to withdraw its extradition request.

Bahrain’s decision yesterday ended all judicial proceedings in the Thai court. Al-Araibi, 25, rejoined his wife who was with him when he was arrested at Suvarnabhumi Airport on November 27. They were about to visit Bangkok for a honeymoon trip when al-Araibi was arrested following an Interpol red notice initiated and then later cancelled by the Australian Interpol police.

Following the development, his office resolved in a meeting that it would not proceed with the trial against al-Araibi. Chatchom’s office moved a petition before the Criminal Court, stating its intention to withdraw the case, which the court accepted. Thailand and Bahrain do not have an extradition treaty but an extradition is possible in the spirit of reciprocation and cooperation.

Bahrain claimed in its extradition request that al-Araibi faced a series of criminal charges reportedly during an uprising, including arson, illegal gathering and assaults, as well as possessing firearms and explosives. In 2014, a Bahraini court sentenced him to 10 years in prison in absentia for damaging a car.

Bahrain’s Foreign Ministry said yesterday it had learned about the withdrawal of the extradition case by the Thai side. However, the 10-year jail sentence on al-Araibi remained in place.

Al-Alraibi had the right to appeal the ruling, while the Bahraini government reaffirmed its right to pursue all necessary legal action against him.

It insisted that an arrest warrant was issued for him because he had jumped bail after being granted special permission to participate in a tournament in Qatar from where he fled to Iran.

Al-Araibi has permanent residency in Australia and has lived there for five years. His arrest and detention by Thai authorities severely strained Australia-Thailand diplomatic ties. Since the arrest of al-Araibi hit global headlines, Canberra has been at the forefront of the demand for his immediate release, arguing that he was a refugee with Australian residency and therefore should not have been arrested to face an extradition trial.

Bangkok, however, argued that it was Canberra that had flagged the Interpol red notice about his visit to Thailand, which had alerted Bahrain and led to its request to Thailand to arrest him. By the time the “red notice” was withdrawn, extradition proceedings in the Thai court had already begun, according to the Thai side. Bilateral ties dived to a point where even Australia’s sporting organisations boycotted Thailand, including cancelling a football friendly scheduled to be held here in March, in protest over the detention.

Foreign Minister Don Pramudwinai said that Thailand was caught in the middle of a conflict between Bahrain and Australia and it had nothing to gain from detaining the Bahraini. He had urged both countries to hold talks and find an acceptable solution. The tensions from the detention even played out on social network platforms. Those agreeing with Australia initiated the hashtag #SaveAkeem only to be countered by hashtag #SaveThailand.