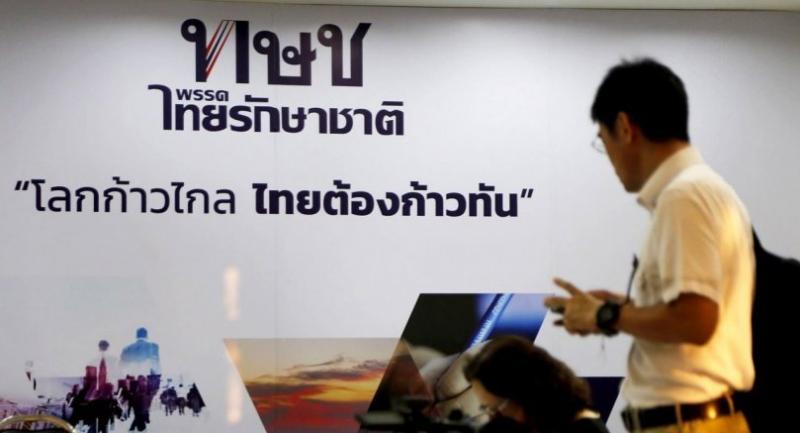 “[The list] excludes the name of Princess Ubolratana, nominated by Thai Raksa Chart Party,” the press release read. “Members of the Royal Family are above politics and politically non-partisan. They cannot take up a political position, as it will be against the Constitution and tradition as cited by the King’s royal command [issued on Friday],” the statement said.

Ubolratana is the elder sister of His Majesty King Maha Vajiralongkorn and the eldest child of late King Rama IX.

Though she relinquished her royal titles nearly five decades ago when she married an American, the royal command said she was still a member of the Royal Family and hence should stay above politics.

Her short stint in politics appears to have set off a political tsunami. Apart from stirring much controversy both online and offline, inside and outside Thailand, it has also given rise to public fears of another coup. During the weekend, some netizens reported sightings of military tanks on Bangkok streets.

The Army later denied rumours of a coup, saying the military vehicles were being moved for training purposes. Later, it even placed “For Training” banners on the tanks.

Meanwhile, the EC yesterday decided to set up a committee to investigate Thai Raksa Chart’s controversial nomination. The panel will decide if the EC should take the case to the Constitutional Court and seek dissolution of the party, a source close to the EC said. Since the case is sensitive and involves the monarchy, the five- to seven-member panel will have a majority of non-EC staff. The agency will discuss today who will be on the panel.

It is widely believed that Thai Raksa Chart, which has links to former fugitive premier Thaksin Shinawatra, will have a short lifespan following its decision to choose a Royal Family member as its PM candidate.

Thai Raksa Chart’s offices were quiet yesterday, with no sign of its leader Preechaphol Pongpanit. The party was scheduled to hold an executive meeting as well as a press conference. However, it was later revealed that there were too few members available to form a quorum, so the meeting had to be put off. The party also cancelled the promised press briefing at the last minute.

Meanwhile, party staff decided to put up a display of King Rama X yesterday. Such displays are common among public companies and state agencies in Thailand as it is seen as a formal way of expressing loyalty to the monarchy.

Meanwhile, social activist Srisuwan Janya yesterday called on the EC to consider dissolving Thai Raksa Chart to set an example, as it had inappropriately relied on royalty in politics.

He submitted a petition to the EC and urged the agency to take the case to the Constitutional Court.

He said things could get complicated if the party gets dissolved after MPs get seats in Parliament. Deputy Prime Minister Wissanu Krea-ngam, who is in charge of the government’s legal affairs, said yesterday that Thai Raksa Chart could face legal consequences if its decision to nominate the Princess had been influenced by outsiders. He was apparently referring to Thaksin.

However, Wissanu said, since the party could not be charged with lese majeste, he was not sure what charges could be pressed against it.

He said the junta chief’s candidacy was illegitimate as Phalang Pracharat had agreed to nominate him even before they had sought his permission, he said, explaining it was against the party’s regulations.