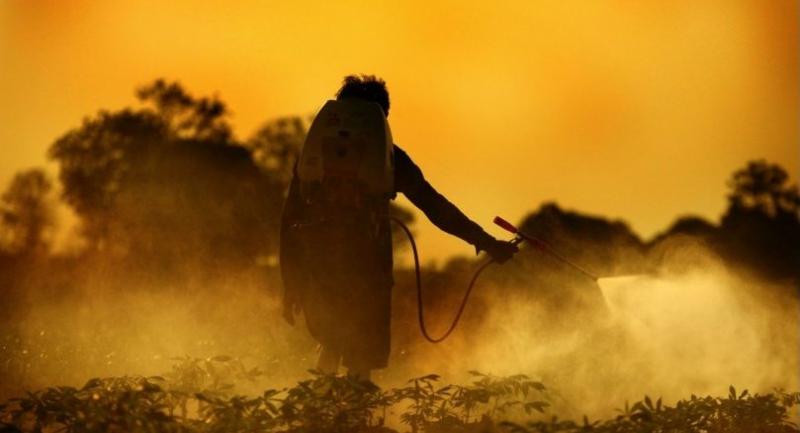 CONSUMER PROTECTION activists voiced firm objection to Agriculture and Cooperatives Minister Grisada Boonrach’s proposal to ban the use of paraquat chemical in three years instead of one year.

The Hazardous Substance Committee is scheduled to hold a meeting tomorrow to reconsider the banning of three controversial agricultural chemicals – paraquat, glyphosate, and chlorpyrifos.

However, the BioThai Foundation yesterday disclosed the minister’s text message to his ministry’s senior officials, ordering that the ban on paraquat be implemented on a step-by-step basis so farmers have time to seek an alternative weed-controlling option.

His message urged the ministry to start by setting a clear deadline on the ban of paraquat imports and setting up prohibition zones, starting with organic farms and river headwaters in the first year, followed by irrigated farms in the second year before finally banning the use of paraquat nationwide.

Alternatively, he said, farmers and local authorities could set their own plan to phase out the use of paraquat in their province within three years.

However, Grisada’s proposal was met with overwhelming opposition from several environmental and health protection organisations and academics, who urged the Hazardous Substance Committee and the Agriculture and Cooperatives Ministry to follow the Public Health Ministry’s and the Ombudsman’s resolution to officially ban the three chemicals this year.

Many netizens also joined forces yesterday by posting comments with the hashtag #SaveThailandBanParaquat in support of banning dangerous herbicides and pesticides.

Thailand Pesticide Alert Network coordinator Prokchol Ousap said Grisada’s proposal was unacceptable, as it went directly against the Public Health Ministry, Office of the Ombudsman and the National Human Rights Commission’s decision to not just ban paraquat, but also glyphosate and chlorpyrifos, by the end of 2019.

“Hence, we expect the Hazardous Substances Committee to do the right thing by banning these chemicals, or we will have to upscale our movement against those who are profiting from these chemicals.”

Even though these three chemicals have proven to be extremely toxic, contaminating the environment and the food chain and posing severe threats to people’s health, the herbicides are still widely used in the country, as the Hazardous Substance Committee has not yet decided to ban them.

However, after facing strong pressure from the public, the committee agreed to reconsider its decision tomorrow.

Witoon Lienchamroon, director of BioThai, also warned that if the committee fails to comply with the Ombudsman’s ruling to ban these three chemicals within this year, then the Ombudsman will have to notify the National Anti-Corruption Commission of the panel’s defiance and launch an investigation.

Meanwhile, Mana Nimitmongkol, secretary-general of the Anti-Corruption Organisation of Thailand, has called for the committee to make its meeting transparent and is also urging members who have close ties or interests in farm chemical companies to withdraw from making a decision on the status of the three chemicals.

“If any committee member attending tomorrow’s meeting and participating in the reconsideration of the chemicals ban is later found to have a conflict of interest, they will be sued,” Mana said.