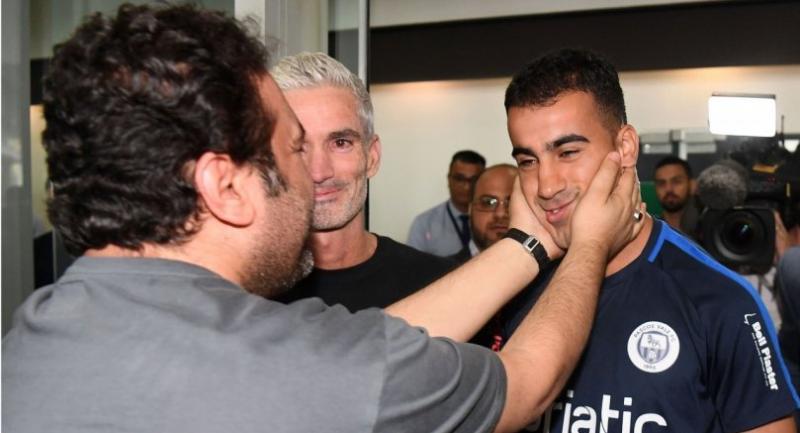 Bahrain’s shock decision to drop its extradition request against Australia-based former Bahraini footballer Hakeem al-Araibi seemed to have come after behind-the-scenes negotiations, including a visit by the Thai foreign minister to Bahrain. The withdrawal that enabled al-Araibi to walk free was made on Monday after a meeting in Bahrain that day between Crown Prince Salman al-Khalifa and Foreign Minister Don Pramudwinai.

The crown prince had placed emphasis on the special ties Bahrain has with Thailand, saying he understood that Thailand gained no benefits from arresting al-Araibi, Don said, adding that the prince also said that he did not wish to see Thailand being criticised, pressured and treated unfairly.

“The crown prince said that Thailand had the right to send al-Araibi to any country, including Australia, but Bahrain would reserve the right to continue seeking al-Araibi’s extradition,” the minister said.

Don added that he was told Bahrain did not want the case to drag on, especially since Thailand is getting ready for an important event (His Majesty’s coronation).

The minister said he was also visited at the hotel by Bahraini Prime Minister Khalifa al-Khalifa, who wanted to emphasise his country’s efforts to help Thailand. Refugee footballer Hakeem Al-Araibi (C) arrives flanked by former Socceroos captain Craig Foster (L) at Melbourne International Airport in Melbourne, Australia, 12 February 2019. The Bahraini national, who is an Australian permanent resident, has returned to Australia after being detained and facing extradition to Bahrain, in Bangkok, while on his honeymoon.  // EPA-EFE PHOTO

Meanwhile, Prime Minister Prayut Chan-o-cha reiterated yesterday that criticissm regarding the arrest and detention of al-Araibi should stop now that he has been released and flown back to Australia.

Prayut also thanked Bahrain for considering its “special relationship” with Thailand, which led to the footballer’s release.

“Due to our excellent relations, Bahrain wanted Thailand – which gained nothing from the conflict – to no longer be under pressure. We want to thank Bahrain, which has special ties with us on all levels including the Royal Family, for helping solve this problem smoothly,” he said.

The premier also thanked His Majesty the King for showing concern and calling on the government to take care of the problem.

Separately, al-Araibi made a triumphant return to Australia yesterday, ending his two-month ordeal. Supporters of refugee footballer Hakeem al-Araibi wait for his arrival at the airport in Melbourne on February 12, 2019, following his departure from Thailand after Bangkok dropped extradition proceedings against him at Bahrain's request. // AFP PHOTO

A throng of well-wishers decked in #SAVEHAKEEM T-shirts cheered and sang the football anthem “You’ll Never Walk Alone” as they greeted the 25-year-old defender at Melbourne Airport, after an overnight flight onboard Thai Airways Flight 465.

“I want to thank Australia,” a smiling al-Araibi said. “This is my country. I don’t have citizenship yet, but my country is Australia. I will die in Australia and I love Australia.”

His detention sparked a global outcry and a protracted diplomatic dispute between Bahrain, Thailand and Australia that raised questions about the neutrality of Interpol and the writ of Canberra’s refugee protections.

Al-Araibi had expressed fear that he would be tortured and killed if he returned to Bahrain and supporters alleged his prosecution was politically motivated.