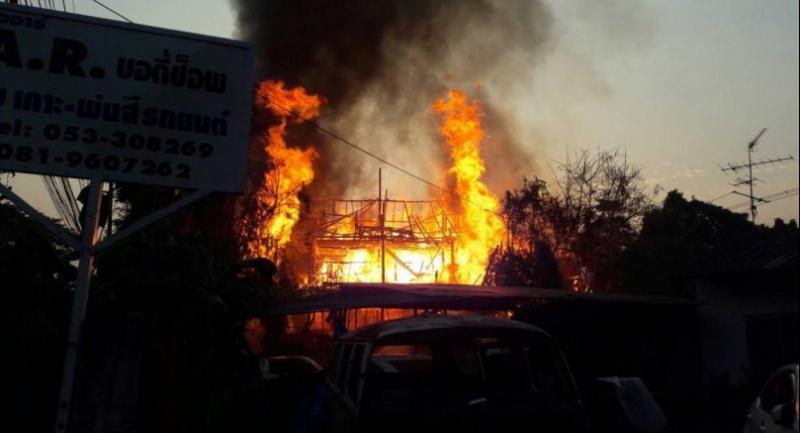 An elderly woman suffered head injuries on Wednesday morning while making a desperate attempt to escape a blaze that burned down her teak house in Chiang Mai city. The fire broke out at a two-storey house on Ban Pae road in Tambon Tha Sala of Chiang Mai's Muang district.

Five fire engines took about an hour to put out the blaze after it swept through the entire teak-timbered house, engulfing possessions including three vehicles parked in the house compound. Police are investigating the cause of the blaze.