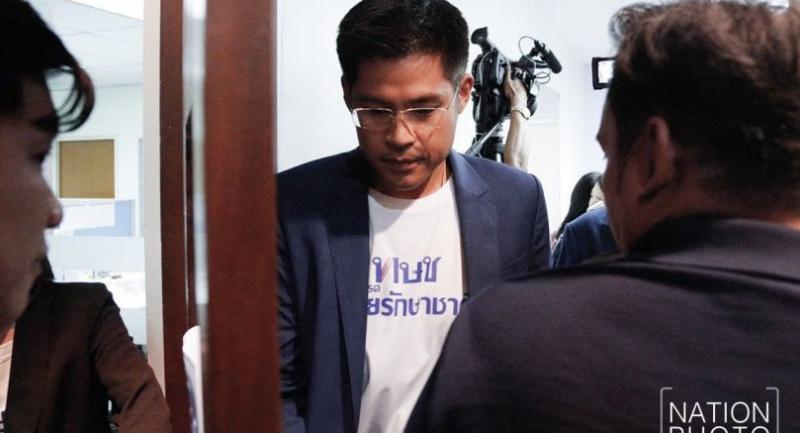 The Thai Raksa Chart Party on Wednesday submitted a motion to the Constitution Court, requesting a chance to defend itself over the party’s possible dissolution.

The move countered the Election Commission’s (EC) decision made today to ask the same court to rule on the party’s dissolution over its controversial nomination of Princess Ubolratana as its sole candidate for the premiership.

The court will rule tomorrow (Thursday) whether it will accept the EC’s proposal.

Party leader Preechapon Pongpanich told reporters that he was aware of the EC’s resolution and its submission to the Constitution Court.

However, he and the party’s executives did not know the details of the resolution and did not have a chance to give the party’s account on the matter.

“We are confused. The procedures about the EC’s requested resolution went very fast. Therefore, we would ask the Constitution Court to give the party an opportunity to defend itself,” Preechapon said.

The party’s candidates in the general election continued to visit their constituencies but the leaders, who were scheduled to make visits next week, may consider postponing as they have to focus on the case.

“We wish to reiterate that we will move on and are ready to compete in the election,” he said.

Speaking at the same press conference, the party’s lawyer Pichit Chuenbarn said with a shaking voice that a political party will end when the Constitution Court rules against it. “The EC alleged that we made a serious violation but the party has the right to neither know about the details of the allegations nor defend itself with evidence.”