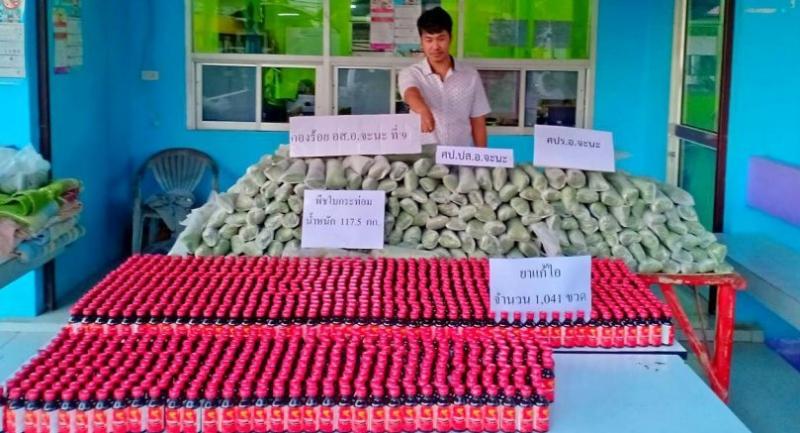 District officials on Thursday arrested a man in Songkhla's Chana district after 117 kilograms of kratom leaves and 1,041 bottles of banned codeine-based cough syrup were found in his cars. Officials found some kratom leaves scattered in the rented house and found the drugs when they searched two cars in the compound.

Krittanai Charoenphakdee, 23, was arrested and admitted that the drug belonged to him, police said.

Krittanai claimed that his wife knew nothing about the drugs.