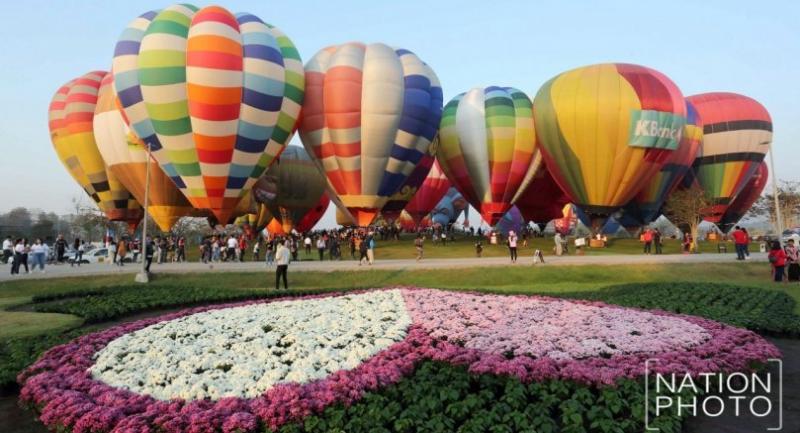 Twenty couples, both Thai and foreign, professed their love from hot-air balloons over Chiang Rai’s Muang district after being legally married on Valentine’s Day. Among the lovebirds were actor Danai Jarujinda and his fiance Phraewwanich Kijthawornsawat, who decided to tie the knot after 11 years together.