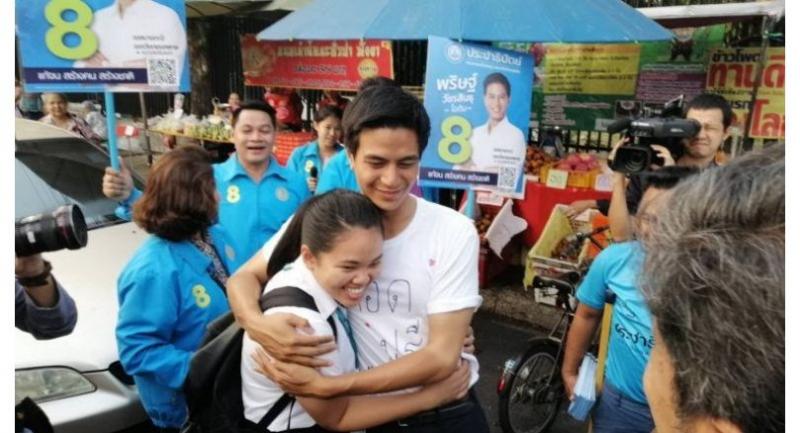 A young Democrat candidate running for a parliamentary seat in Bangkok campaigned on Valentine’s Day by offering “free hugs” at 7am in Preuksachart Klongchan park in Bang Kapi district.

INN news agency quoted Parit saying that there are several kinds of love. “I love to work. It is tiresome sometimes but not depressing as I want to make changes for a better life.”

Parit, son of Democrat leader Abhisit Vejjajiva’s sister, is running under number 13 for the Bangkapi and Wangthonglang districts in Bangkok. People stuck tiny red hearts on his T-shirt before hugging him and taking selfies.

He urged voters to cast their ballots, saying Bang Kapi district had economic problems which he could solve.

Another young Democrat, Dr Kanawat Chantaralawan, running for a seat in the Bangsue and Dusit districts, will also offer free hugs for passengers at Bangsue MRT station at 5pm.