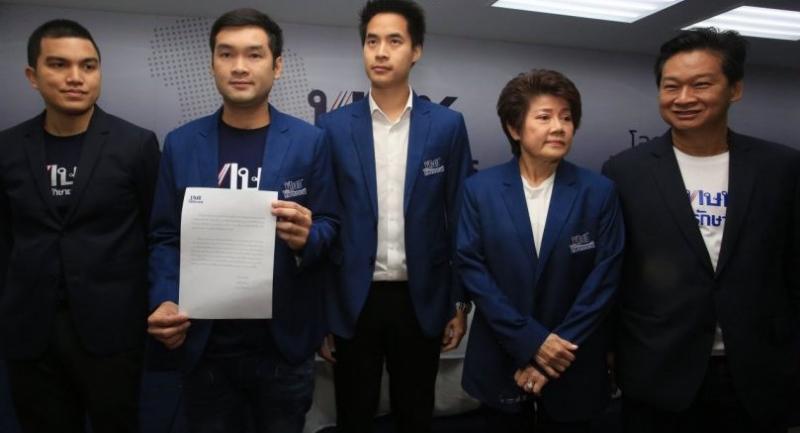 By KAS CHANWANPEN
THE NATION WEEKEND

THE ELECTION Commission (EC) yesterday announced the names of 2,810 party-list candidates who are qualified to contest the March 24 election – including representatives of the Thai Raksa Chart Party.

Sixty-eight people from 44 parties qualified to stand as candidates for the office of prime minister.

Two other hopefuls were disqualified, one having spent time in prison, the other having a substandard level of education. They were in addition to Princess Ubolratana, whose bid was withdrawn on Monday.

The names of constituency candidates were also announced yesterday, but in their own constituencies. The EC said voters could find the lists already posted in designated polling stations and on the “SMART VOTE” mobile application. The app would also be updating information as necessary, it said.

Would-be candidates who were disqualified are entitled to petition the Supreme Court within seven days.

Anyone who maintains that listed MP candidates are unqualified can appeal to the EC in the same timeframe.

Candidates put forward by the embattled Thai Raksa Chart were certified as qualified despite a pending lawsuit that could result in the party’s dissolution.

The party announced yesterday its executive members would refrain from campaigning for now and instead focus on fighting the case coming before the Constitutional Court.

Party secretary-general Mitti Tiyapairat said the aim was also to “avoid any complications” that could arise.

Party spokesman Pongkasem Satayaprasert added that its constituency candidates deemed qualified by the EC were now free to begin campaigning in earnest. There was no court prohibition against their doing so, he said.

Pro-red shirt lawyer Winyat Chatmontree has meanwhile petitioned the EC to consider disbanding the Phalang Pracharat Party, whose founding, he alleged, had outside influence.

Winyat accused the party of being influenced by junta leader Gen Prayut Chan-o-cha when it was founded late last year.

He also asked the commission to disqualify Prayut as a candidate for the post-election premiership because he is the incumbent premier and head of the National Council for Peace and Order and thus a state agent, and as such is legally prohibited from seeking any ministerial post.

Winyat urged the EC against applying a double standard, noting that it took less than a week to rule on a petition to dissolve Thai Raksa Chart and should be just as quick in considering his complaint.

If it was tardy in making a decision, the lawyer warned, the commissioners could be accused of being negligent in their duty.