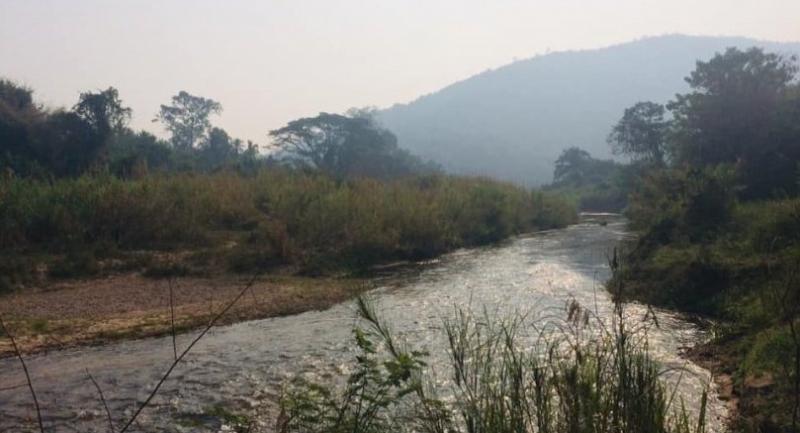 Deputy Prime Minister General Chatchai Salikulya would not say directly if the plan to build the controversial Mae Wong dam in order to prevent floods and save the drought-plagued Lower Sakae Krang basin would be scrapped, but he affirmed that concerned parties had at least reached a “resolution” – for now.

For two years, the Royal Irrigation Department (RID) has been working with locals in the Lower Sakae Krang basin, as well as with some top conservation organisations opposing the project – like Seub Nakhasathien – to solve the flooding and drought problems in the area by introducing a so-called alternative water management comprising improvement of natural water courses as well as introduction of small-scale water-regulating tools.

The 258-million-cubic-metre dam was to be situated on the Mae Wong River. But the parties have resolved to build a series of sluice gates in lieu of the Mae Wong dam. One of the sluice gates would be built on one of the two locations previously proposed for the dam site, known as Khao Chon Kan.

The Khao Chon Kan sluice gate would be around 10 x nine metres, with the ability to intercept around 10 to 14 million cubic metres of water from the river, which often flows into the districts downstream, including Lad Yao, and floods them.

The deputy PM hoped that by building such a series of sluice gates, the new plan would help solve the problems, while alleviating fears of environmental impacts from the dam.

“This government considers two aspects when dealing with people’s problems. While we try to tackle people’s sufferings, we do not overlook possible impacts on our natural resources and environment,” said General Chatchai, who also chairs the government’s strategic water management committee.

The Mae Wong dam was once a highly controversial project. Top conservationists, including the Seub Foundation, strongly opposed it because of fears it would affect the fertile forests of the Mae Wong National Park as the second location choice was in the park; there has been evidence of tigers from the adjacent World Heritage Site of Thung Yai-Huai Kha Khaeng roaming in the area.

Strong opposition from the organisation forced the RID to withdraw the environmental and health impact assessment (EHIA) for the project in 2017, technically making it invalid and raising uncertainty about the project’s future.

The concerned parties have attempted to resolve the issue by trying to propose alternative water management, and the RID eventually agreed to work on it.

Chatchai said more than infrastructure it was water management that needed to be considered and implemented.

Under the newly endorsed Water Resources Act, new water basin committees for 66 basins would be set up to supervise water management and development in the areas through master plans.

Mae Wong, which was once highly controversial, is expected to become a role model for other basins, the deputy PM said.

“If we can work this way, our water management could be more systematic from now on, and any construction must follow the plans as well as the budgets. It’s the country’s years-long water resources strategy that we are moving towards,” said Chatchai.

Sasin Chalermlarp, once the secretary-general of Seub Foundation, who organised a rally from Mae Wong to Bangkok in 2012 to galvanise support before winning his cause, said the ongoing work in the Mae Wong area is part of civil society’s proposals.

With the new plans shifting more towards holistic water management, all available tools to help manage water from downstream to upstream, including the forest itself, would be integrated into the solution, and this could provide the answer to all without compromising on natural resources and the environment.

Somkiat Prajamwong, secretary-general of the newly set up strategic National Water Resources Office, said the Mae Wong case reflected how water management has been integrated into the work to guide suitable tools.

In the future, if the tools are not sufficient, it’s the basin committees and their water management master plans that would provide the answer and end all conflict.

His office is now also conducting a Strategic Environmental Assessment for the whole Sakae Krang basin to help guide water utilisation and management in the future.

A source close to the issue said that at this point it cannot be said whether the Mae Wong dam is necessary or not, but it would be considered as one of the tools available for water storage.

It could be downsized or replaced by other similar tools such as water regulating buildings, depending on the local consensus, the source said.

But considering the size of the flood and drought problems of the Lower Sakae Krang basin, with the affected area estimated at around 500,000 rai, the present input of available tools is not sufficient.

“In the past, we had only one solution for all problems – building dams – but now we have adjusted our water management. Various tools introduced at Mae Wong would let us know later whether they are sufficient to deal with the size of the problem. What is needed more or what’s next would really be up to concerned parties to talk and decide from now on,” said the source.