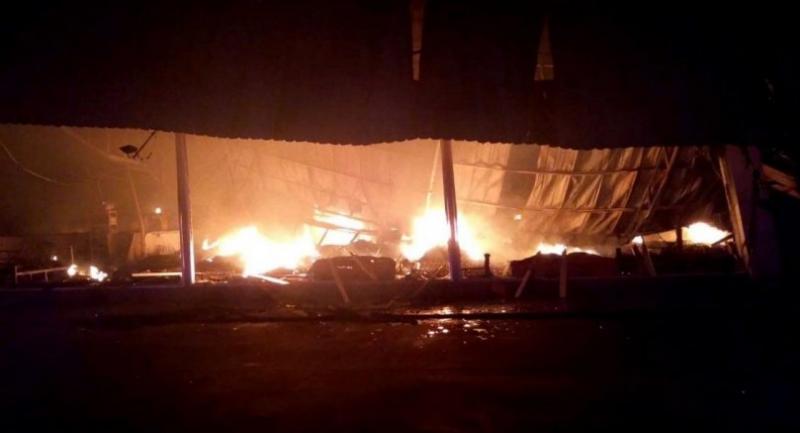 A drunk driver had a lucky escape in the early hours of Monday when he was pulled out of his car just before it was engulfed by flames from the furniture shop in Songkhla's Hat Yai district into which he had crashed. The store wasn’t so fortunate: it was completely destroyed in the blaze.

Pol Capt Chutipon Subannoi, deputy inspector of Khor Hong police station in Hat Yai, was alerted to the fire at the Bangkok Living Mall furniture shop on Kanchanawanit road in Tambon Khor Hong at 3am.

Ten fire engines took about three hours to put out the blaze but were unable to save either the shop or its contents. The heat also caused the roof beams to buckle and collapse. No one was inside the shop when the fire started. Only the driver, Pharuehas Sae-jiew, 26, was injured.

He was pulled out of his car by troops manning a nearby security checkpoint who witnessed the accident.

The soldiers said the man appeared drunk and told police that they had seen the car travelling at high speed before crashing into the store.

The furniture shop is owned by At-aree Wan-abdulloh, 50, who said the damage was estimated at about Bt80 million.

The driver was rushed to the provincial hospital. Police will charge him with drunk driving and causing damage to another person's property.