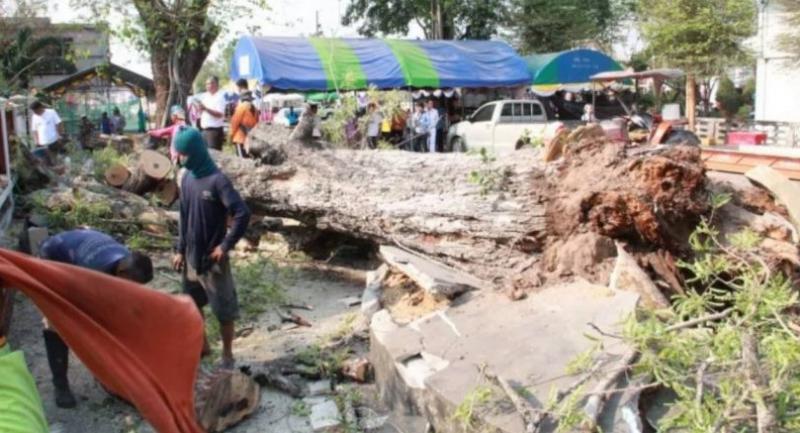 An assistant district chief was killed and an assistant village head injured when a tamarind tree – believed by locals to be more than a century old – collapsed onto them during an annual charity fair in Yasothon’s Maha Chana Chai district on Sunday evening.

Police on Monday said Thanapat Jaitrong, 33, assistant chief of the district, had been killed when the tamarind tree, which was 1.5 metres in diameter, crashed down and one of its branches struck him and two others.

Amporn Naewrassadorn, assistant head of Moo 4 village in Tambon None Sai, was rushed to Maha Chana Chai Hospital after being injured.

Tiwanon Niyom, the chief of Tambon Songyang, said the assistant district chief had been manning the lottery-drawing spot at the fair when the tree came crashing down following five minutes of strong wind.

Tiwanon said that after hearing a loud sound of the tree falling, he had shouted for people in the immediate area to take cover, but Thanapat chief merely looked up before a thick branch fell on him.

Villagers believe the tree was over 100 years old, the tambon chief added.