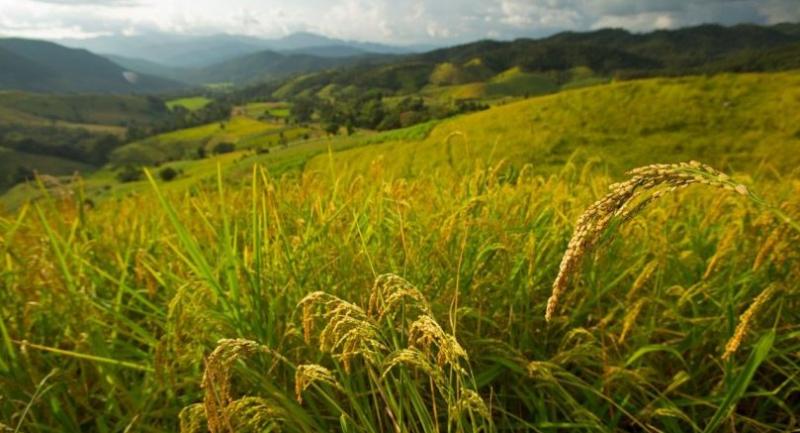 THE NATIONAL Legislative Assembly (NLA) looks set to pass the Rice Bill tomorrow despite concerns expressed by many farmers and various prominent figures.

The second and third readings of the Rice Bill are listed as the second urgent item on the agenda for deliberations at the upcoming NLA session, ranking behind the Town Planning Bill.

In an apparent bid to ensure the Rice Bill will sail through, the NLA ad hoc committee on this draft law has even sought a meeting with various groups of farmers. Yesterday, more than 70 farmer representatives turned up at the NLA in response to an invitation for them to hear why the Rice Bill would be good for their sector.

“These farmer representatives are welcome to listen to the second and third readings of the bill, too,” Somchai Swangkarn said in his capacity as secretary of the NLA ad hoc committee.

Some of the guests unfurled banners expressing support for the Rice Bill.

Their gesture effectively countered concerns expressed by many farmers last week that the Rice Bill, if introduced as a law, might hurt their way of life and livelihood. For example, the Rice Bill seeks to ban the distribution of uncertified rice seeds for commercial purposes.

The NLA’s ad hoc committee on the Rice Bill sought to allay concerns by explaining that the clauses prescribing tough punishments – Bt100,000 in fine and/or one year in jail – had already been removed.

In addition, the committee explained that the bill was written in a way that would allow the exchange or sale of rice seeds among farmers from the very beginning.

Kittisak Rattanawaha, who sits on the ad hoc committee, even claimed that someone with an ulterior political motive had tried to block this bill.

“In fact, this bill is useful for farmers. If it sails through, it will stop unfair practices suffered by rice farmers. It will also affects rice mills just a little,” he said.

Among the concerns about the draft law is the fact that rice mills will have to issue purchase paper specifying the variety of rice, weight, quality and moisture content. A researcher at the Thailand Development Research Institute warned such a requirement would add to the cost and farmers could feel the pinch.

Even Agriculture Minister Grisada Boonrach voiced concerns about the many controversial points in the Rice Bill last week.

In response to these concerns, the NLA ad hoc committee on this draft law quickly rephrased or removed some controversial clauses.

Still, some farmers and figures remain worried about this draft law.

Thanakrit Vorathanatchakul, a state attorney, commented in a Facebook post that the ban on the distribution of uncertified rice seeds “for commercial purpose” was broad in meaning and this could cause problems for farmers later on.

“If legislators really intend to exempt rice farmers from punishment related to this clause, they should clearly state so in the bill,” he said.

He also pointed to the fact that while phrases like fine and jail term were already removed from the Rice Bill, there were clauses specifying that the control, certifying and distribution of rice seeds would be subject to the Plant Varieties Act.

“A regulation issued under this act states that all rice seeds are controlled varieties and any violation of the control is punishable by up to one year in jail and/or a fine of Bt2,000,” he added.

In Phichit province, a group of rice farmers were so worried about the Rice Bill that they urged Phichit Governor Worapan Suwannus yesterday to help push for the review.

“I will forward their petition to the Agriculture and Cooperatives Ministry, as well as the government,” Worapan said.