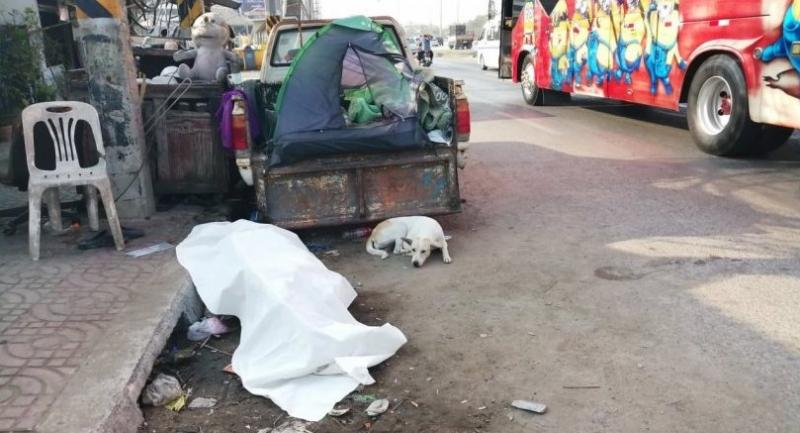 A man who had left home a month ago to live by the roadside with a stray dog in Pathum Thani’s Klong Luang district, was found dead on Monday morning with his body being watched over by the animal.

The deceased was identified as Surachai Khamsue, 45, who was found lying by the side of a road in Moo 2 village in Tambon Klong Nueng, beside the old and unusable pickup that he used as his home.

His sister, Chalermsri Sohsawaeng, 40, told police that Surachai had left home to live in the vehicle a month ago, and that she and other siblings had given him money to buy food.

Her brother liked to drink alcohol, she added.

The body was sent for autopsy at Thammasat University hospital.