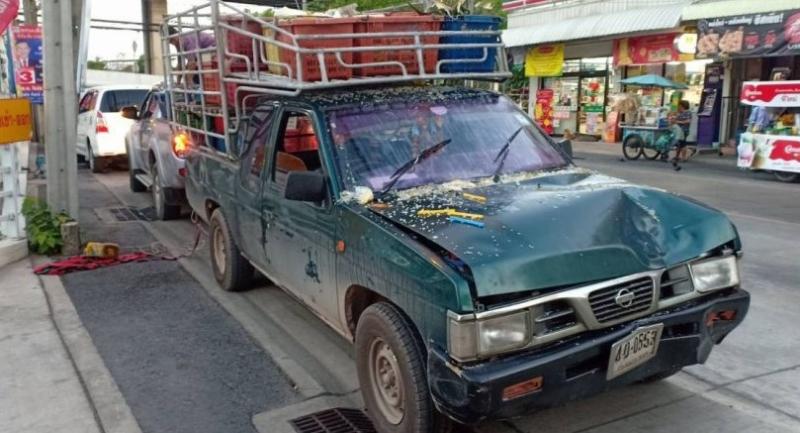 A soy milk vendor was killed when her push-cart was hit by a pick-up truck on a road in Bangkok’s Taling Chan district on Tuesday morning.

Police said the accident happened at 6am on the local road along the railway tracks in Chim Plee subdistrict.

Nattabong Khamsud, 46, a road sweeper, told police that he saw Phitsamai pushing her cart in the left lane to sell soy milk that she has boiled. When she moved to the middle lane to avoid a parked car, the fast-moving pickup hit her, Nattabong said.

The pickup driver was charged with reckless driving causing death.