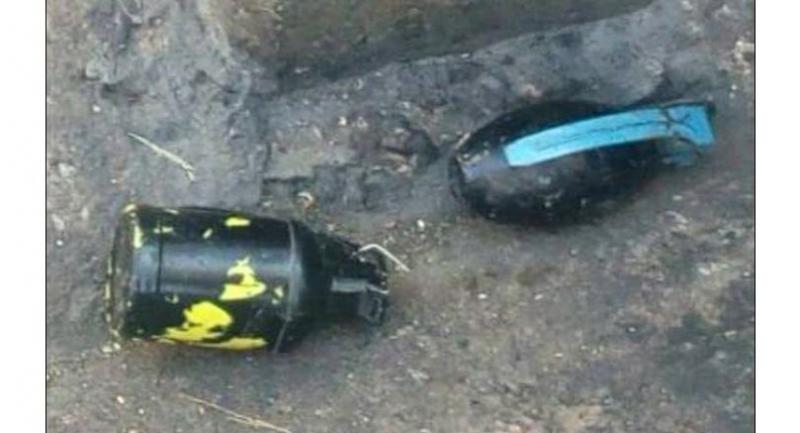 A fake grenade and a practice grenade were found at a power pole on a Bangkok soi, causing a bomb scare Tuesday morning. The Sutthisarn police station was alerted at 9.30am to what appeared to be two grenades found at a power pole near a garbage bin on Soi Inthamara 55 in the capital’s Din Daeng district.

Police from the station rushed to cordon off the spot and put tyres around the power pole pending an investigation by explosive ordnance disposal police. EOD police arriving at the scene determined that one of the items appeared to have been made to look like a grenade but was not an explosive, while the other was a L56 practice grenade.

Pol Colonel Termphao Siriphubal, chief of the Sutthisarn police station, said he instructed his officers to check footage from security cameras to find out who had placed the items there.

The practice grenade would be disposed of after police determined from which agency it had originated, he added.