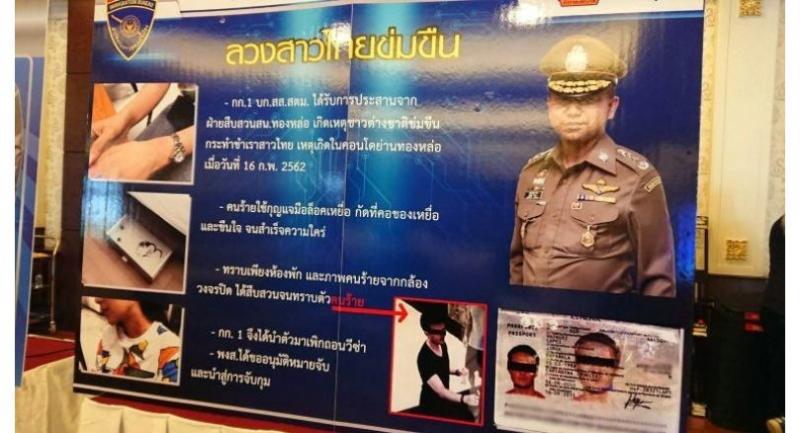 A 30-year-old Spanish man has been arrested for allegedly raping a Thai woman, whom he also allegedly handcuffed so she could not resist, at a luxury condominium in Bangkok’s Thong Lor area on the night of February 15, Immigration Bureau chief Pol Lt-General Surachet Hakpal told a press conference on Tuesday.

The suspect, Jorge Vazquez Lopez – for whom a court had issued an arrest warrant over the rape allegation – has now been charged with having sexual intercourse with a woman who is not his wife, against her will, by threatening or carrying out an act of violence, and by taking advantage of her being rendered unable to resist.

A police investigation found that the Spaniard, who works in the field of Internet marketing in Spain, had previously travelled in and out of Thailand 38 times and was holding a Thailand Privilege Card special entry visa issued for January 1 through December 31 this year, which had now been revoked by police because of his alleged crime, Surachet said.

On the night of February 15, the victim and her friends had been drinking at an entertainment venue in Thong Lor, before she went to the condominium room along with a friend and the suspect.

When the victim emerged from the toilet, she found that her friend had gone and she was left alone in the room with the suspect, who then allegedly handcuffed her, bit her neck and raped her.

After the victim filed a police complaint, police arrested the suspect in the Thong Lor area.

They are now questioning those allegedly involved as part of the ongoing rape-case investigation, the Immigration Bureau chief added.