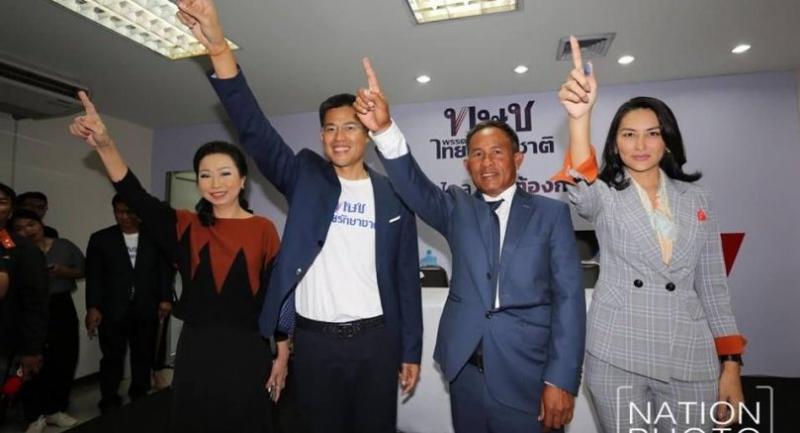 The Thai Raksa Chart Party on Tuesday announced it would resume the election rallies that had been put on hold due to the party-dissolution case in the Constitutional Court while the lawsuit remains standing.

The party’s strategy chief, Chaturon Chaisang, said that party executives and party-list MP candidates had agreed that the executives and Thai Raksa Chart’s legal department would focus on fighting the case in the Constitutional Court.

Meanwhile, those responsible for the election campaign would also continue carrying out their work, he said, despite the party-dissolution threat still looming large.

The Election Commission last week petitioned the Constitutional Court to disband Thai Raksa Chart for allegedly violating the political party law after inviting Princess Ubolratana to be its PM candidate in the upcoming general election.

The party subsequently called off any election rallies by key members for fear that they would lead to further complications in the court.

Chaturon, however, said that the party’s constituency candidates had been welcomed by voters despite the current legal problem.

The candidates had also called for the party’s core leaders to resume their activity and help campaign, he added.

However, the party would still refrain from conducting any major speeches in its campaigning and would have to see how the legal situation developed before deciding on any change of approach, the chief strategist explained.

Nattawut Saikua, another leading Thai Raksa Chart figure, stressed on Tuesday that the issue regarding the party-dissolution case in the Constitutional Court should not be mentioned in any election rallies held by the party.