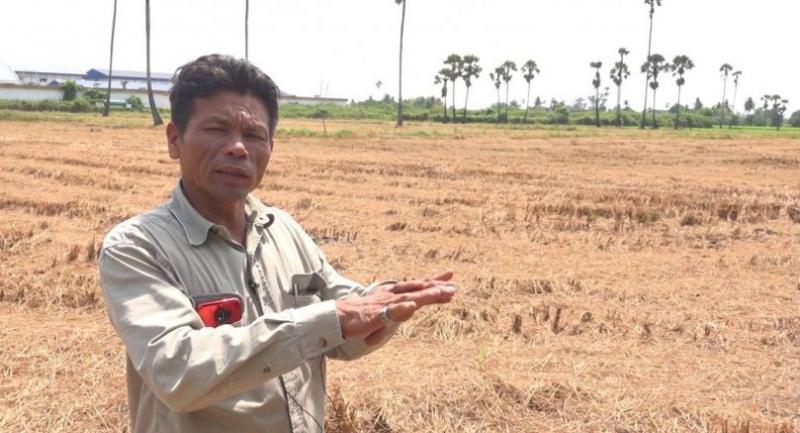 THE NATIONAL Legislative Assembly (NLA) has temporarily backtracked from its plan to urgently push through the controversial Rice Bill yesterday.

“NLA president Pornpetch Wichitcholchai recommended that it be reviewed,” General Marut Patchotasingh said in his capacity as chair of the NLA ad-hoc committee vetting the bill.

The bill was scheduled to undergo its second and third readings yesterday as it had been labelled the second-most urgent item on the agenda.

It is now believed that the NLA avoided deliberating the Rice Bill yesterday because of the huge controversy generated by the draft.

In recent weeks, farmers have questioned many points in the draft law as concerns grew that the Rice Bill will do them more harm than good.

The Network of Alternative Agriculture, via its coordinator Mongkhon Duangkhieo, called on the NLA himself yesterday morning to ask that it refrain from pushing through the legislation.

“This bill, if introduced, will have widespread ramifications. So, it’s best to listen to the recommendations first,” the network said.

According to the network, the new Rice Bill will prescribe a form of paddy field zoning, which will harm the huge diversity of local rice varieties. Also, clauses allowing the Rice Department to examine and certify rice varieties will affect farmers’ and academics’ freedom in developing different rice varieties.

“These clauses place an emphasis on centralisation of power,” the network pointed out, adding that under the new law, only four seats will be given to farmers’ representatives in the governing panel – far fewer than the number of seats given to state officials.

The network also raised concerns about clauses that require everyone to cooperate with officials. “Such clauses may spawn abuse of authority and more,” it warned.

While the NLA held the Rice Bill back yesterday, there is no indication it will heed the networks request that it be shelved for now. Marut said his committee aimed to quickly review the Rice Bill and re-submit it for the NLA’s second and third readings next Tuesday.

“We will listen to the opinions expressed by farmers’ groups and academic organisations,” he said. “We have, after all, prepared this draft law for farmers.”

Speaking from his home province of Kalasin, Prapas Phuwongkot said he did not know what good the Rice Bill would do.

“I have followed the news and learnt that the Rice Bill faces opposition from many parties, particularly farmers,” the 65-year-old said.

The ban on storing and distributing “uncertified” paddy seeds “for commercial purpose” is seen by many as being “too broad” in meaning, which may cause future problems for farmers.

BioThai said on Facebook that the Rice Bill, when first drafted, seemed to put the power in the hands of the authorities and large firms.

Following protests from many farmers and prominent figures, including Agriculture Minister Grisada Boonrach, the NLA has already partially amended the Rice Bill.

Still, its latest version has failed to end lingering concerns.

Democrat Party leader Korn Chatikavanij said he too was surprised to see that the Rice Bill does not address the real problems faced by farmers, such as difficulty in getting access to capital, market and technology.