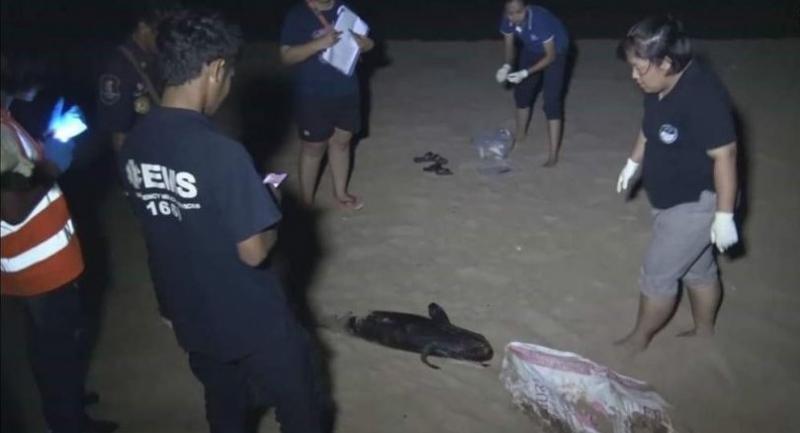 The decomposed carcass of finless porpoise was found on Pran Buri beach in Prachuap Khiri Khan early on Thursday.

Jua Kaeyai, chairman of the local fishing club of the Pran Buri River Mount community, alerted officials at the Central Coast of the Gulf of Thailand Marine Resource Research Centre when the carcass was found.

Jua said tourists spotted the carcass at 1.30am in front of the Prince Chumphon Shrine.

Officials from the marine resource research centre said the porpoise was a female and about five years old. It was 1.15-metres long and weighed about 15 kilograms.

The porpoise had no signs of being injured.

Officials could not determine the cause of the death as the carcass was decomposed.