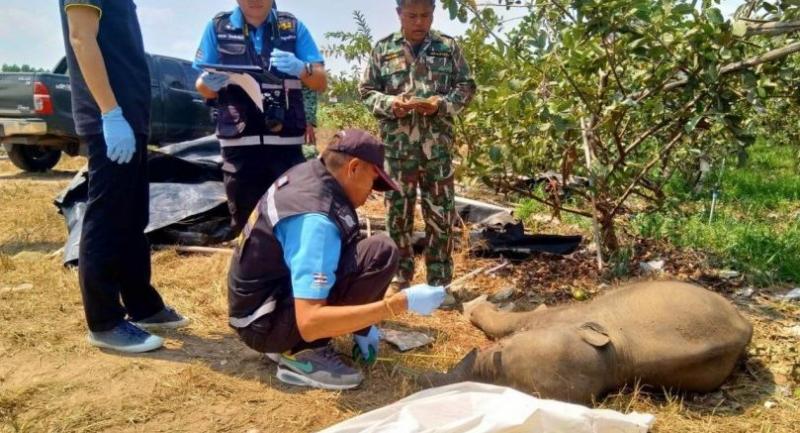 A wild elephant calf that was found dead in a fruit orchard in Chachoengsao on Wednesday apparently died of kidney failure, an official said on Thursday.

The carcass of the baby elephant was found in a guava orchard near the Klong Rabom reservoir in Moo 8 village in Tambon Tha Kradan of Chachoengsao's Sanam Chai Khet district on Wednesday morning.

Yu Senatham, director of the Forest Conservation Zone 2, said a team of veterinarians from his office conducted a post mortem at the scene and took blood and tissue samples for lab tests.

The autopsy was performed at the scene before the carcass was sent for further investigation at the Ang Rue Nai Wildlife Sanctuary in Chachoengsao's Tha Takiab district.

Yu said the initial autopsy did not find any injury or bullet wound but a small cut was found the right side of its face. The cut showed that someone who found the carcass cut 15 x 27 cm piece of skin from the face.

Officials have filed a complaint with police to try to seek the person who cut the calf.

The autopsy also found a plastic bag in its large intestine. The calf's kidneys were too thin and small so the vets believed it died of kidney failure.