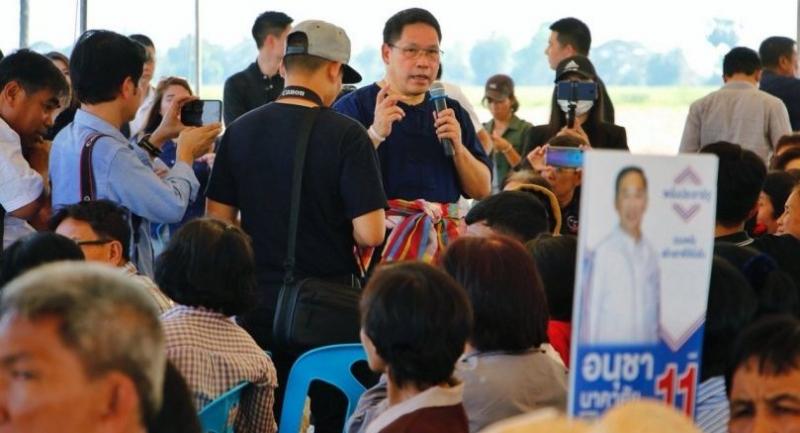 The EC has finished discussions with the 54 parties contesting the March 24 election in relation to debates about their public policies, which will be taped and broadcast on air from February 26 to March 4.

Party representatives will choose from topics set by the EC, covering the economy, social development, education, agriculture, national security and public health, before having their party leaders, PM candidates or other representatives to participate in the debate.

This is the first time the EC is organising the electoral debate. This time, the most controversial figure expected to be in the debate is General Prayut, who has resisted calls from other parties to step down from his prime minister’s post in the run-up to the election in order to avoid having an unfair advantage.

On Friday, Sawaeng chose not to confirm whether or not the premier could join the debate, saying only that there was no law barring him as a PM candidate from doing so.

Phalang Pracharat has submitted a request with the EC for clarification, asking the commission to look into the ambiguity and to rule on the extent to which the PM can participate in the race as a candidate. The request also asked if Prayut could assist with the campaign now underway, the party’s secretary-general, Sontirat Sontijirawong, said. Sontirat has already stepped down from his post as commerce minister.

EC secretary-general Pol Colonel Jarungvith Phumma said the EC has not been able to clarify anything yet and has yet to see the party’s petition. However, once it has received the petition, the EC is obliged to reply within 30 days.

Jarungvith said the EC needs to review the issue thoroughly, including studying related laws as well as related clauses in the Constitution.

Personally, he said, he cannot at this time predict how the issue will unfold.