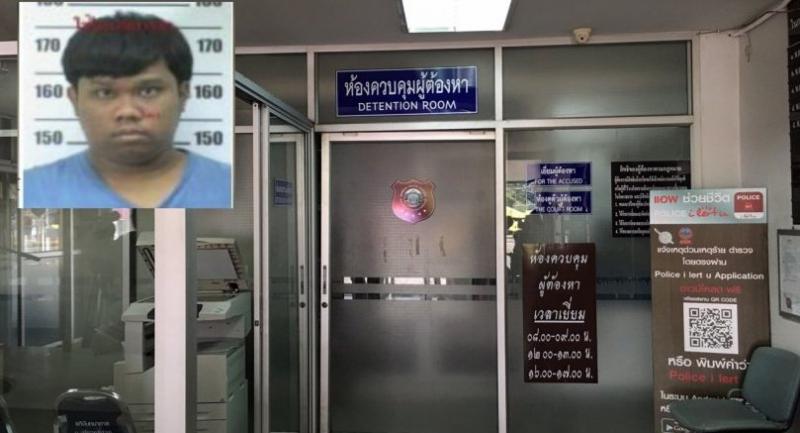 A junior policeman will face a probe for failing to prevent the suspect’s blatant escape during his shift.

It took the suspected burglar, Issara Lohmanee, 30, less than 12 seconds to walk out of the detention cell out of the police station on Friday night, according to an initial probe.

CCTV recordings showed he left the station at 7.32pm. Pol Senior Sgt-Major Somyos Petchsa-ard was in charge of supervising the cell from 4pm till midnight that day. But it was another policeman who found out that Issara, the only suspect in the detention cell, had gone missing.

“The detention cell has three doors,” the police station’s superintendent, Pol Colonel Pornthep Sutipanya, said. “We are investigating how the incident happened. Also, we are going to re-arrest the suspect.”

Issara is wanted for allegedly stealing assets from many places. Three courts have issued arrest warrants for him. His targets were department stores selling electronic devices.

Metropolitan Police Division 3, which oversees the Min Buri Police Station, will tomorrow set up a committee to investigate Somyos over the incident.