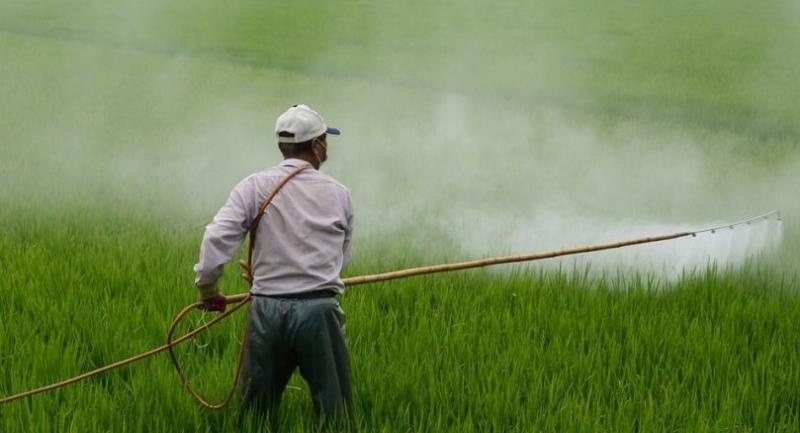 A GROUP of academics is preparing to fight for a total ban in two years on three agrochemicals deemed a threat to public health.

“We won’t give up – we will continue working towards our goal,” Naresuan University vice president Associate Professor Puangrat Kajitvichyanukul said.

She was commenting on the Hazardous Substance Committee’s recent resolution to allow the use of paraquat, glyphosate and chlorpyfiros for at least two more years.

The committee’s decision earlier this month came despite a Public Health Ministry warning that the widely used farm chemicals posed risks to health.

The decision came as a shock to citizens who have campaigned for years to have the chemicals banned.

Puangrat, who has been active in alerting the public to the dangers of paraquat, said she and like-minded academics refused to be discouraged. They had not lost their determination to push for the ban, she said.

“If the committee says it will consider the issue again in two years, we’ll make sure we have solid evidence to nudge it into imposing a complete ban,” she said. Puangrat said her group had already drawn up a three-pronged strategy.

It will train people at five more universities to analyse chemical contaminants in the environment to ensure everyone was following the same standards and procedures currently in use at Chulalongkorn, Naresuan and Mahidol universities.

Puangrat is determined to share the same approach with Chiang Mai, Prince of Songkla and Walailak universities and with Suranaree and Nakhon Ratchasima universities of technology.

“This way we will have research findings from several institutes to back up our stance,” Puangrat said.

Naresuan University was meanwhile seeking to work with foreign institutes, she said. “We intend to present findings from overseas research too.”

Naresuan has previously worked with Germany’s Osnabrueck University of Applied Science in testing chemical contaminants in the soil, water and plants of Nan and Phitsanulok provinces.

“And we’re in the process of developing a research project on the same topic with the University of Edinburgh in Scotland,” Puangrat said.

She said her group would gather enough solid evidence over the next two years to convince the Hazardous Substance Committee to ban the pesticides.

“Meanwhile Naresuan and Chiang Mai universities will join hands in gathering local wisdom and developing organic pesticides,” she said, “We intend to provide farmers with alternatives once the dangerous agrochemicals are banned.”

One of the reasons the committee decided to merely restrict the use of paraquat, glyphosate and chlorpyfiros rather than banning them was that farmers would have suffered if the chemicals were abruptly removed from the market.

“We plan to present organic alternatives so that farmers won’t have to consider other chemicals,” Puangrat said. Assistant Professor Dr Noppadon Kitana of Chulalongkorn, who shares Puangrat’s mission, said research by his institute clearly showed the presence of weed killers like atrazine, glyphosate and paraquat in livestock in Nan province.

“When end-consumers eat the meat, they too take in dangerous chemicals. In the long run, the brain can be affected. These chemicals are more dangerous than consumers imagine,” he said.

Noppadon said field crabs caught as food should have no more than five micrograms of paraquat per kilogram to be safe. But samples tested showed levels of 24 to 56 micrograms.

“Chemicals contaminating the environment will last a long time, as well. It takes at least 10 years for the contamination level just to halve.”

He warned that when the meat of field crabs is processed into other types of food, the contaminants are passed on to unsuspecting consumers.

Deputy Agriculture and Cooperatives Minister Luck Wajananawat said his ministry intended to promote organic farming to ensure food safety and to support Thailand’s goal of being “the World’s Kitchen”. Agriculture and Cooperatives Minister Grisada Boonrach, meanwhile, said he had already instructed the Agriculture Department to not register any more paraquat, glyphosate and chlorpyfiros products.

“If we find good alternatives, we will ban these three chemicals in mid-2021,” he said.

Biothai director Witoon Lianchamroon said 686 civic organisations would back the Office of the Ombudsman’s plan to ask the National Anti-Corruption Commission to investigate Hazardous Substance Committee members on suspicion that some might have vested interests in voting against the ban on the three chemicals.