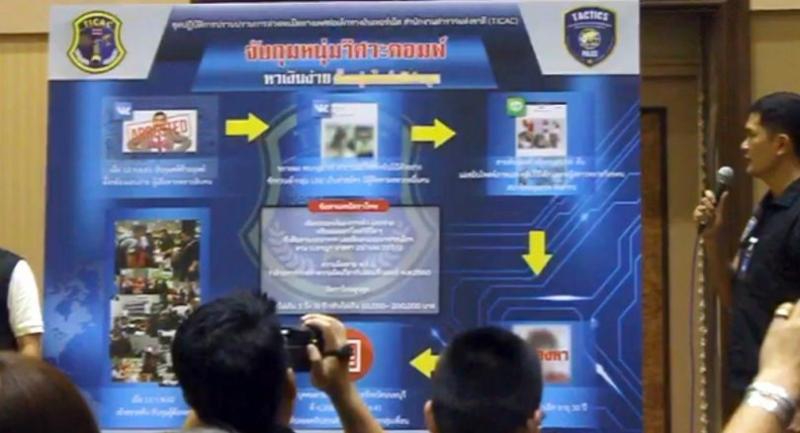 A computer engineer has been arrested for allegedly running a website and a closed LINE group to sell subscriptions for watching secretly taken pornographic clips, mostly of girls aged under 18.

Deputy police commissioner General Pol General Rungroj Saengkram on Monday said Waranyu Laolert, 30, had been arrested at his house in Nonthaburi on Sunday under a warrant issued by Nonthaburi Provincial Court.

Police seized 18 computers, mobile phones and other tools that he had allegedly been using for committing the crime.

The deputy police chief added that Waranyu had allegedly lured young girls to have sex with him and stealthily shot the clips for sale online.

He also bought clips and copied others from the Internet to sell to his members, police allege.