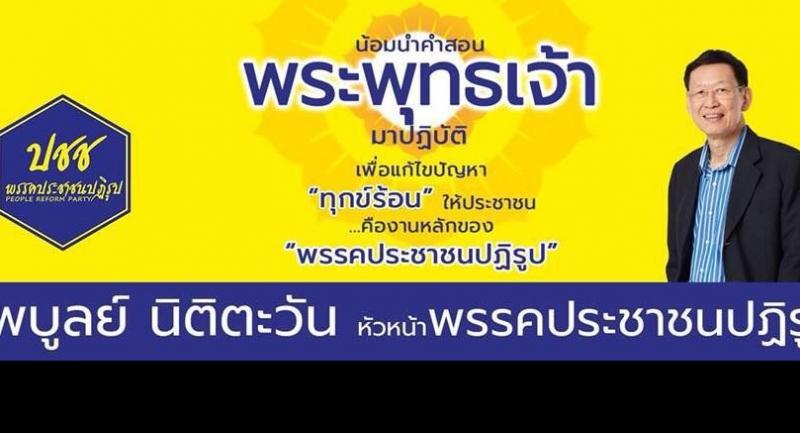 The Election Commission (EC) ruled on Tuesday that it is acceptable to use religion while campaigning for the upcoming general election.

EC secretary-general Jarungwit Phumma said this decision was made in response to a petition from a Buddhist coordination centre, which questioned a candidate’s use of the Lord Buddha in his campaign banner.

“Using religion is not against election-related laws,” Jarungwit explained.

Paiboon Nititawan, leader of the People Reform Party, has been promising to solve the country’s problems through Buddhism in his campaign.

Paiboon’s campaign posters say that his party will rely on Buddha’s teachings to help solve poverty and hardship. However, the extra-large words “Lord Buddha” on the poster caught the attention of people, prompting the centre to ask questions. Paiboon has also been using this tagline on his social media platforms including Facebook.