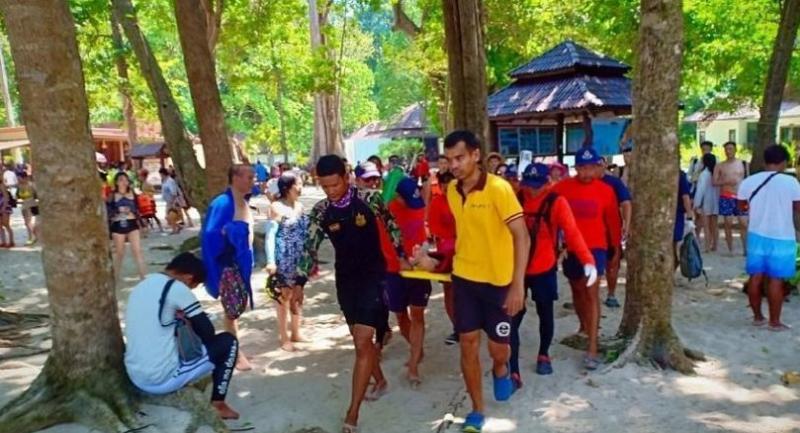 A female Chinese tourist has been rescued after choking on water on Koh Payu, in the middle of the Similan National Park island group, Phang Na province. The head of Similan National Park, Ruamsin Manajongjaroen, says that Chinese tourist, Gou Shifeng, 63, got into difficulties while swimming at Koh Payu (Seventh Islands) at 1.45pm on Monday.

Gou, who was wearing a buoyancy vest at the time, was provided with first aid by national park officers and then taken to the Andaman Hub Medical Network in Tambon Khuekkhak, Takua Pa district.