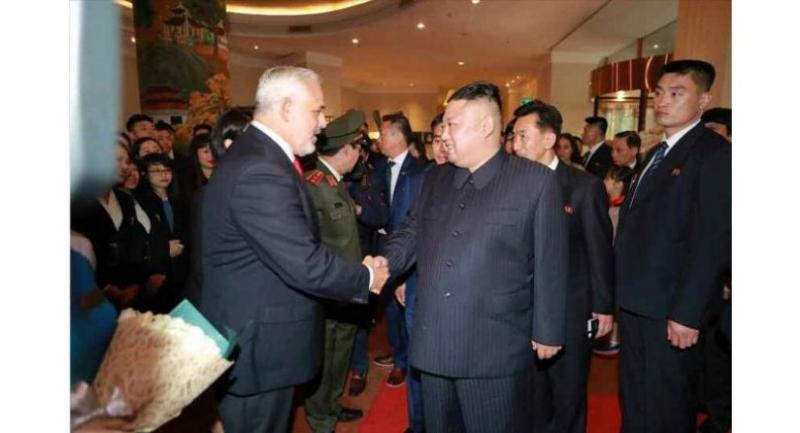 US President Donald Trump and North Korean leader Kim Jong-un are set to meet for two hours on Wednesday, the first day of their highly anticipated second summit, according to Yonhap news agency.

At 6:30 p.m. local time, the two leaders will have a meet-and-greet at the Sofitel Legend Metropole Hanoi hotel, according to the White House.

Ten minutes later they will meet one-on-one, probably with only their interpreters present, according to Yonhap.

And at 7 p.m. they will be joined by two officials each for a social dinner that is scheduled to run for 1 hour and 35 minutes.

The White House said earlier that Trump will be joined by Secretary of State Mike Pompeo and acting chief of staff Mick Mulvaney.

Kim, it said, has chosen his top aide, Kim Yong-chol, and an as yet unknown third associate. Based on his past diplomatic engagements, it's possible the leader will bring his sister and key aide, Kim Yo-jong.