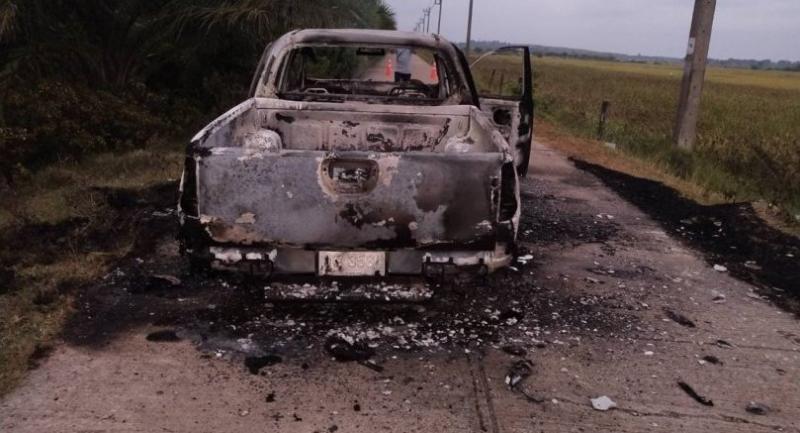 Two policemen were found murdered early on Wednesday morning after being kidnapped the night before in a raid by suspected insurgents on a teashop in Narathiwat's Joh I Rong district.

Pol Corporal Naret Ladthong, 31, and Pol Cpl Ruswaidee Samae, 30, were found shot dead in a ditch in Moo 2 village of Tambon Pukit at 12.30am on Wednesday after they were kidnapped in the same village at 7.30pm on Tuesday night.

Joh I Rong police station was alerted of the kidnapping immediately after eight insurgents raided the teashop.

Two villagers, Rosi Mana and Dulman Jejdeh, were drinking tea with the two policemen when the insurgents arrived.

Rosi and Dulman told police that the insurgents wore masks, were dressed like soldiers and carried guns. As four stood guard outside, four entered the shop and spoke in Thai to the two policemen before forcing them at gunpoint into Naret's pickup truck outside and speeding off. Alerted of the kidnapping, Joh I Rong police chief Pol Col Lukman Borkoh radioed all 13 police stations in Narathiwat to hunt for the pickup in a desperate bid to rescue the officers.

But at 12.30am, villagers contacted the Joh I Rong police chief to report that the two policemen's bodies had been found dumped in a roadside ditch about 200 metres from the teashop.

Lukman then dispatched a team of police and bomb disposal officers to investigate, fearing that the insurgents might have booby-trapped the scene. No bomb was found at the spot.

At 4.30am, Narathiwat deputy police chief Pol Col Kong-at Suwankham reported Naret’s pickup had been found torched on a road in Ban Paluka village in Tambon Kosit of Takbai district.

Bomb disposal police were again sent to the scene but found no explosive devices.

Kong-at, who is acting Takbai police chief, said the insurgent kidnappers apparently knew local routes well because they had used back roads to avoid police checkpoints from Joh I Rong to Takbai. They drove through Sungai Padi and Sungai Kolok districts without being detected, he added.

Police believe the insurgents might have already fled across the border into Malaysia.

Kong-at said the insurgents had also snatched an M16 assault rifle and two 9mm pistols from the slain policemen.