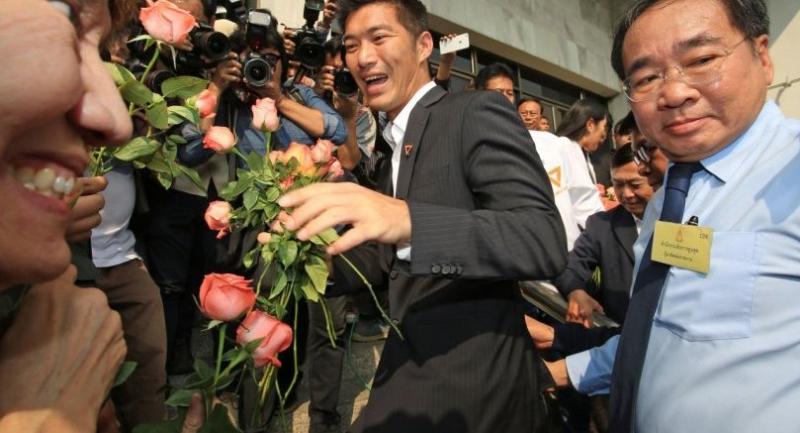 The attorney-general decided on Wednesday against detaining Future Forward Party executives including leader Thanathorn Jungroongruangkit pending a ruling on whether they broke the law in criticising the ruling junta.

Dashing earlier speculation that the trio would be held in custody, the attorney-general ordered them freed for now, saying they had voluntarily turned themselves in. Bail bond was also waived.

Thanthorn, Klaikong Vaidhyakarn and Charuwan Sarunkate must still be in court on March 26, two days after the election, to hear further rulings in the case.

In an online livestream last year, the three alleged that the junta had tried to lure former MPs to the Phalang Pracharat Party.

The junta, the National Council for Peace and Order, accused them of violating the Computer Crime Act by sharing untruthful information on the internet.

Thanathorn yesterday expressed his gratitude to the attorney-general for his understanding and for not requiring them to periodically report to the police, thus freeing them to focus on their campaign.

Scores of supporters were at the court to give the trio moral support.