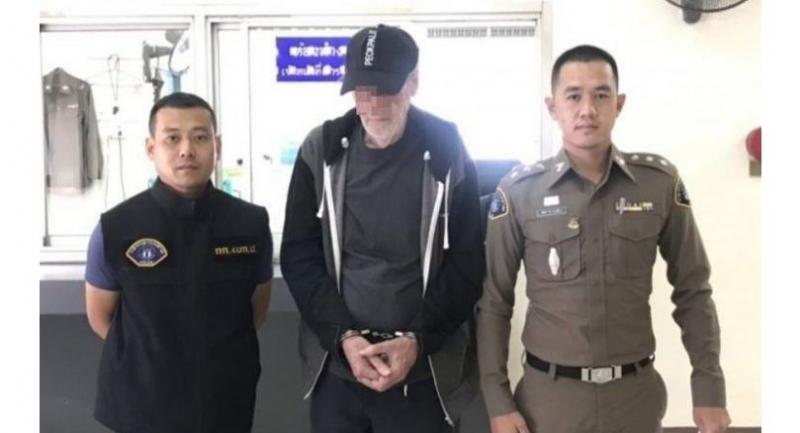 A 74-year-old German, accused of stabbing his teenage Thai wife to death, has been arrested after nine years on the run.

That Heinz Jurgen Theil has been arrested in Chiang Rai province and has been charged with murder.

Police say Theil is accused of stabbing his 17-year-old wife, Janjira Jantapool, in their house in Chiang Rai province back in 2010. Heinz was 65 at the time. Janjira was found with more than 20 stab wounds all over her body, including her face.

Police say that Theil had lived in Thailand for 20 years and had begun a relationship with Janjira when she was just 14.

Theil’s first wife had died, police said. The couple had a daughter.

Janjira took in her disabled father in Chiang Rai, where they lived until her death.

Theil was reportedly originally released on Bt400,000 bail and had been on the run since.

Police said they learned that Theil was back in Chiang Rai province, where they arrested him outside a clinic on Tuesday.