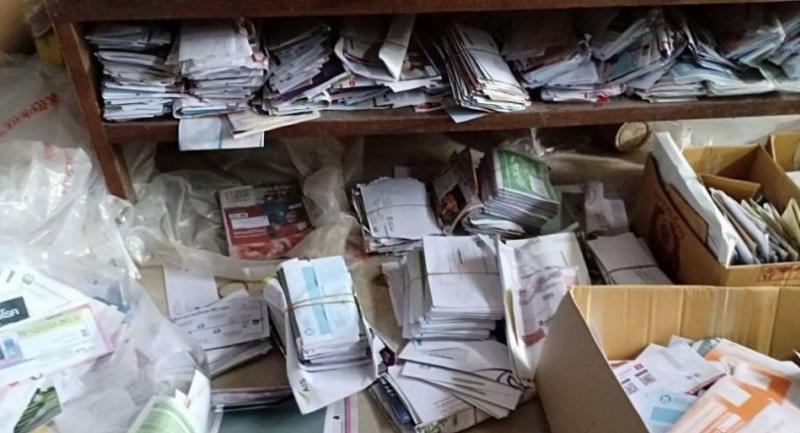 Thousands of undelivered letters have been found in the home of a mailman in Prachuap Khiri Khan who had apparently decided he no longer wanted to deliver mail.

Facebook user “Santad Tad Dechgeud” posted about his missing mail experience in “I Love Bangsaphan,” an online public group with more than 80,000 members.

“I’ve been waiting for important documents for many months now including bank statements, tax documents and cash checks. I had to travel so far to track down where my letters are. I’ve made many complaints to the mail agency, which goes unanswered,” he said. Another Facebook user said that they were almost arrested for not showing up to court as their subpoena was never delivered.

Santad's friend got the delivery man’s home address from the company contracted to deliver mail in the area.

After knocking on the door and being allowed in, Santad’s friend saw what the problem was – thousands of unopened letters were lying around the man’s house.

Thiraphong Thepmanee, the head of Prachuap Khiri Khan post office, said the mailman in question is a contractor who only started working seven months ago. Employees get evaluated every six months, he said, and this particular mailman hadn’t met the basic requirements.

Meanwhile, staff at the Bangsaphan Noi Post Office are now working through the undelivered mail to clear the backlog and complete the delayed deliveries.