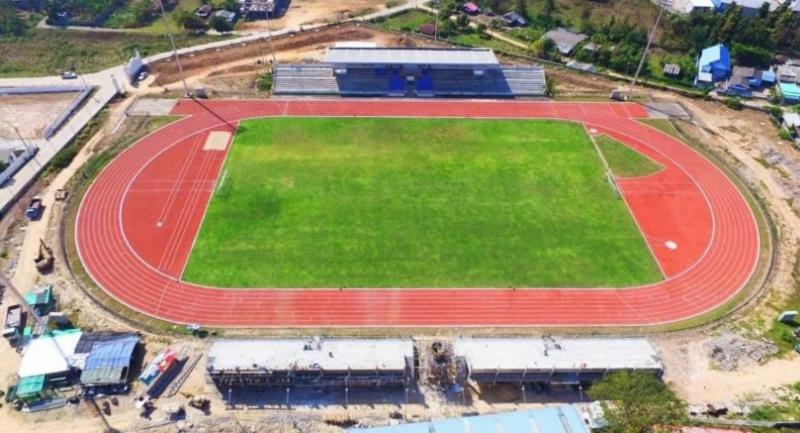 Residents of five border districts in Tak have a new stadium where they can play sports and exercise. Opening the Bt200-million venue on Friday, Nakhon Mae Sot Mayor Terdkiat Chinsoranan said it had taken eight years to complete with three gymnasiums and a multipurpose field, all ready for use for sport events and by members of the public from the five districts along the Myanmar border.

Somsak Khaweerat, an adviser to the Tak Chamber of Commerce, said the chamber had sponsored sporting events such as an annual 40km cross-border bicycle ride for nearly 20 years.

He said the new world-class stadium could host international events in support of the Tak Special Economic Development Zone’s aim to link trade, investment and tourism across Southeast Asia.

Somsak invited the 100 or so people who usually exercise in the airport parking lot to begin using the stadium instead. The airport carpark is now closed while it’s being revamped ahead of the April 3 opening of a new terminal building. Natthanai Chinsoranan, the mayor’s secretary, said the stadium facilities will be open to the public twice daily, from 5 to 8am and from 3 to 7pm, and at other times would welcome a municipal sport school now enrolling students.

The stadium will in October host the annual Arkahcar Games involving representatives of local administrative organisations across the North and upper Central region.