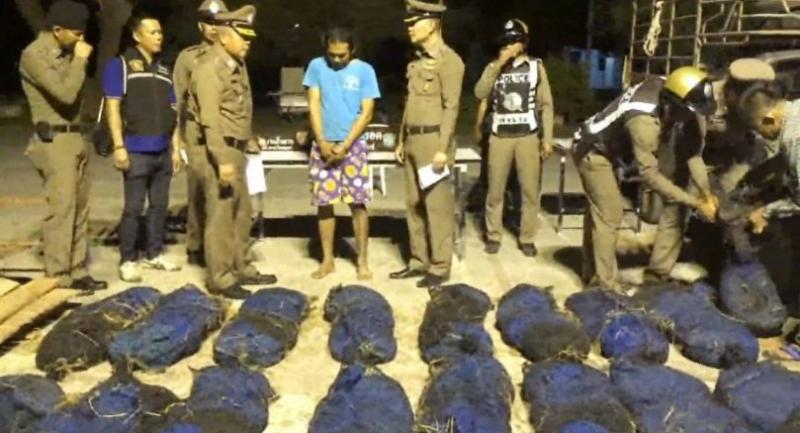 Ratchaburi native Sompol Mekchai, 45, was apprehended in Sam Roi Yot district at 2am on Sunday after police suspected he was trying to dodge their checkpoint on the Phetchkasem Highway. Seeing his pickup suddenly swerve onto a canal-side road 300 metres from the blockade, officers gave chase, pulled him over and searched the truck.

The pangolins were bundled up in 18 mesh bags stashed in the cargo bed beneath planks of wood and other construction materials.

But he could not identify his employer, having received his orders by phone.

Pickups already holding the animals were always left at a designated location for him to use. This time he collected the truck in Muang Prachuap Khiri Khan and was heading for Pathum Thani, he said.

Sompol is charged with possessing protected wild animals without a permit.