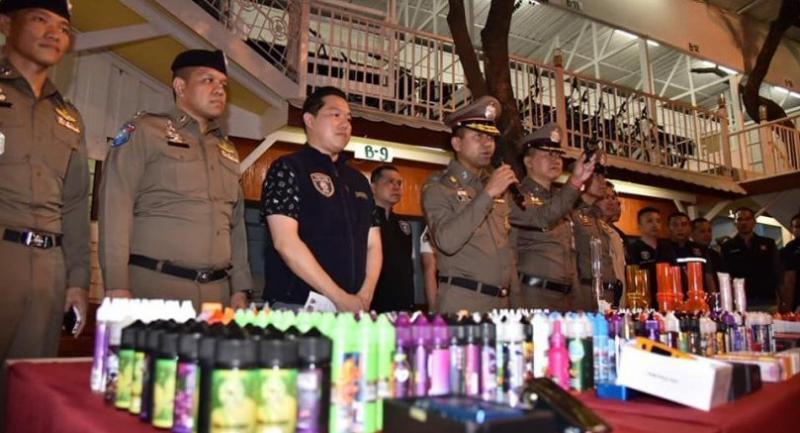 Immigration Bureau chief Pol Lt-General Surachet Hakpal, speaking in his capacity as deputy chief of the Action Taskforce for Information Technology Crime Suppression, told reporters on Monday the arrests were made at several night markets.

Twenty-one shops were found to be selling the illegal e-cigarette devices and baraku pipes and 18 people were arrested.

The operation followed a February 28 raid on the Klong Thom market in which three Thais and two Lao were arrested for selling the same kind of gear.