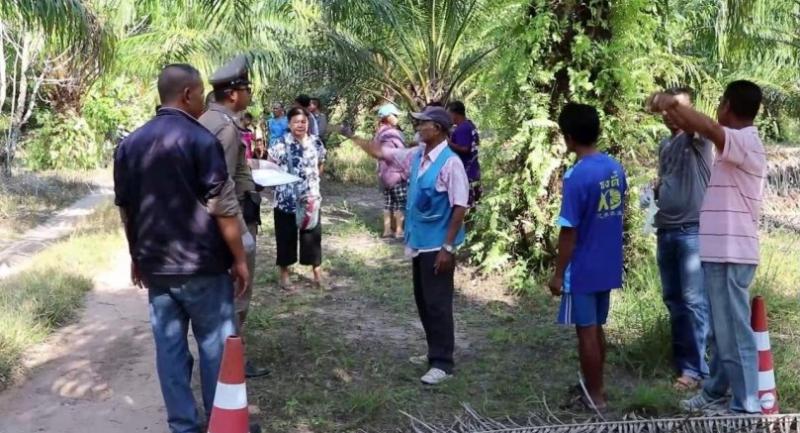 Police have arrested a Mon man after he allegedly murdered a 72-year-old woman in Chumphon, and then violated her corpse, police said. The body of Somwan Thima, 72, was found in an oil palm plantation in Lang Suan district by her husband, Pornwichai Thima, 72, after his pet dog led him to her on Sunday.

Pornwichai said he left home to drive his son to a fishing pier and returned home to find his wife gone. His pet dog later led him to the body with its head crushed by a stone.

Police later found that a Mon worker, Tawan, had disappeared from his house near the couple’s home and police later located him in a nearby house. Police said they found traces of nail scratches all over his body and took him for questioning at Pak Nam Langsuan police station late on Sunday. Police said he initially denied accusations that he had killed Somwan, but later said he had followed the old woman into the palm plantation, grabbed her and tried to rape her.

The woman managed to break loose and tried to run away, but he grabbed her and bashed her head in with a stone before violating her corpse, he allegedly told police.

Police are awaiting DNA test results from a semen sample found on the body.