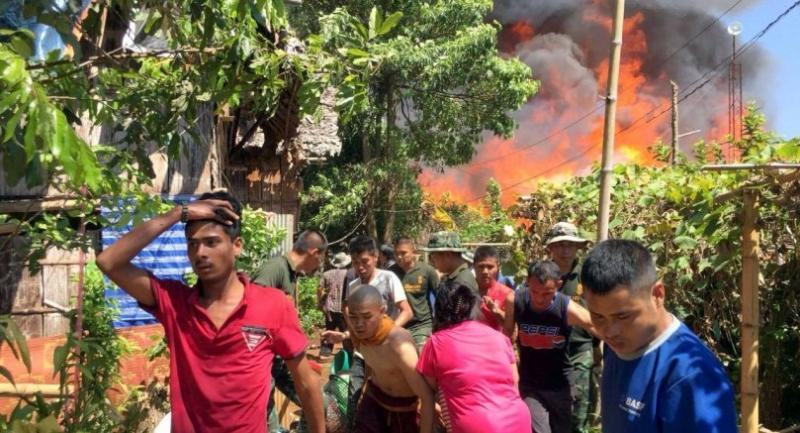 As firefighters and volunteers battled the blaze, many of the 10,000 people who had sought refuge in the camp moved out their belongings, along with children and ailing elderly, to safer spots.

Police are now investigating the cause of this fire, which occurred at 1.40pm and was extinguished by 3.10pm.