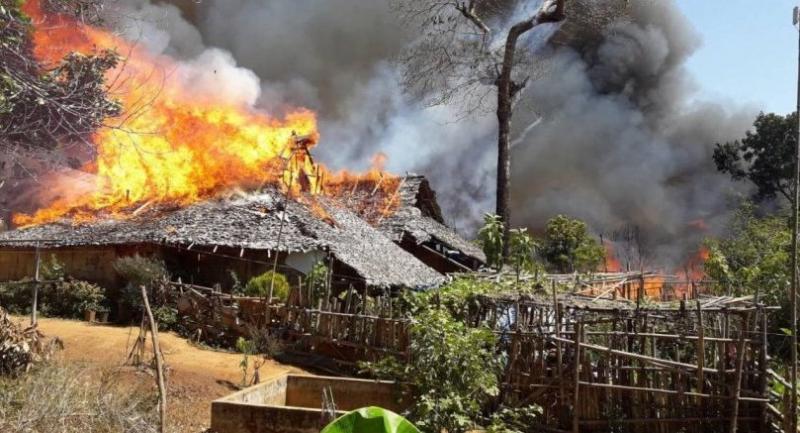 A fire that damaged 100 shacks at a refugee camp in Tak’s Umphang district on Monday was caused by a resident grilling corn and flames spreading to a roof made from dried leaves, say police.

Administrative officials and police officers were on Tuesday continuing to gather evidence with a view to pressing charges against the person responsible for the blaze at the Ban Nu Pho refugee camp in Tambon Mae Chan.

Most of those affected are now living nearby in tents provided by the Army and related agencies, while some have been taken in by their families. The United Nations High Commissioner for Refugees, meanwhile, is reportedly considering rebuilding the damaged homes.

Many residents said they couldn’t put out the fire at the time because there wasn’t much water around and they had no fire-extinguishers.