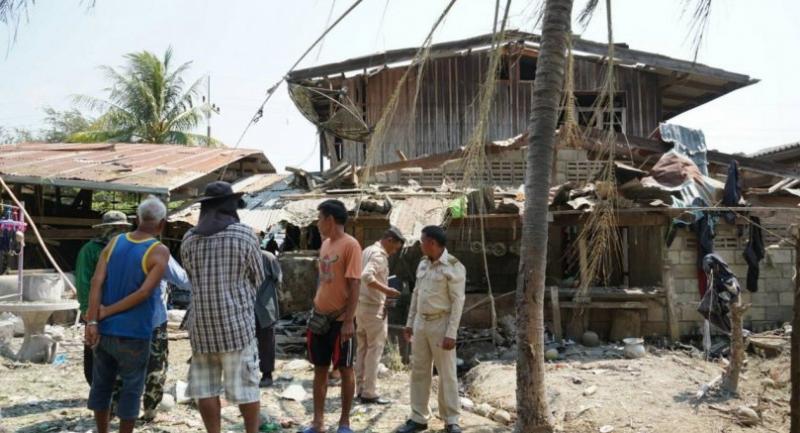 A 30-year-old man was killed in an explosion in Chantaburi province on Tuesday afternoon, in an accident suspected of being caused by him leaving two chemical compounds – potassium chlorate and sodium chlorate – out in the hot sun pending mixing them with water for spraying on longan trees.

They found the body of Supraiwan Srisawat, torn apart by the impact of the explosion.

The blast also damaged several nearby houses and two pickup trucks that were parked at the scene. Police found several more sacks of the chemical compounds at the deceased man’s garage.

The police investigation initially found that Supraiwan had been mixing the two chemicals during hot weather, prior to spraying longan trees in order to boost growth.