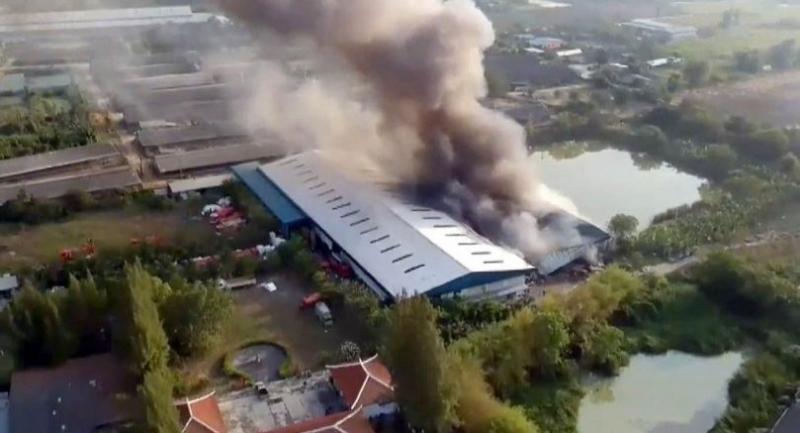 The fire at the Dtex Industry Co Ltd's factory in Moo 1 village in Tambon Map Phai started before 6:30am.

Ten fire engines arrived when the fire had swept through the first warehouse, whose roof collapsed, and the fire had spread to the second building. Firefighters managed to control the blaze in the second building.

Police learned from workers that the factory operated its textile machines permanently with 10 workers manning equipment on each shift.

Police have yet to conduct an investigation.