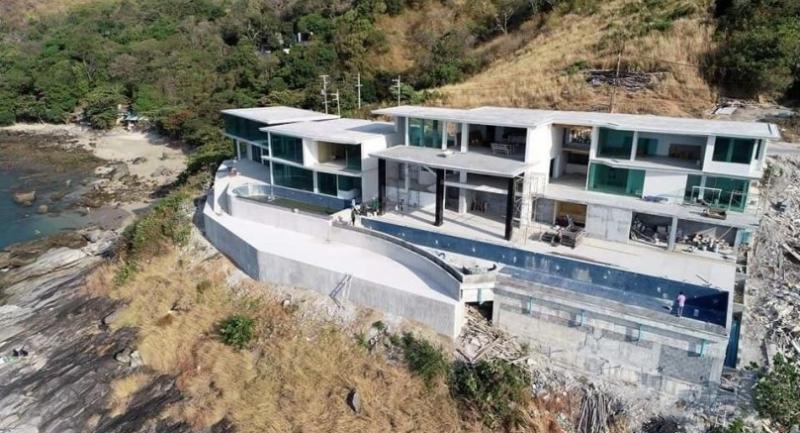 Rawai Municipality has put a halt to the construction of controversial luxury villas on the cliffs overlooking Ao Sane. The municipal officers say a pool and spa were found under construction, in contravention of approved plans. “At the front of the construction a pool is being built, that differs from the design that they have submitted.

“They have been ordered to pause the construction for 30 days where they have time to summit a new design for consideration by our planning team.”