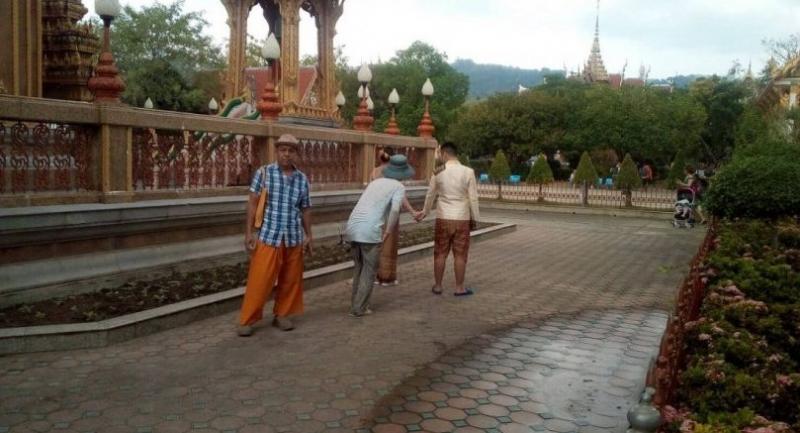 Three foreigners have been arrested for illegally working as pre-wedding photographers and assistants in Chalong, Phuket.

The arrests followed officers a tip-off that there were taking pre-wedding pics at the popular Chalong temple.

There were three couples who were having their photos taken when the police arrived. Three photographers amongst the group were Chinese working with assistants. The rest of the assistants were Thai.

Three suspects were taken to the Chalong Police Station for working illegally in a trade reserved for Thais and without a work permit.