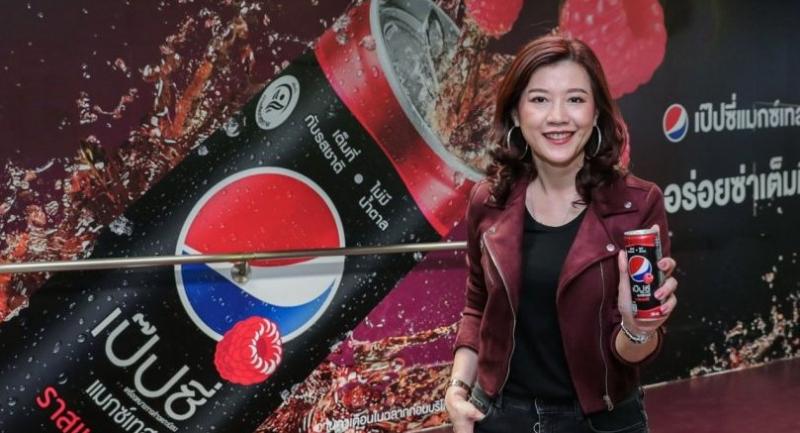 This is Pepsi’s first no-sugar formula that comes with a refreshing raspberry flavor. Embracing the 50 per cent growth of the sugar-free market, the launch aims for market share and dramatic growth.

“This is considered Thailand’s first innovation catered to reach the sugar-free market and to respond to the health-conscious group of consumers.”

In 2018, sugar-free cola market value is worth Bt1.8 billion – a 54 per cent growth comparing to that of last year. The growth is the result of the contributions made by top brands’ active marketing aiming to cater to the shifting consumer trend, as well as responding to the government’s health promotion policy.

“The launch of Pepsi Max Taste Raspberry in Thailand is Asia-Pacific’s second one following the great success in Australia last year. The product comes in two sizes: a 245-ml slim can and a 440-ml PET bottle – already available for sale in convenient stores from February. Product distribution is being made throughout such channels as retail stores, supermarkets, and department stores nationwide.”

Marketing-wise, Pepsi is gearing up for the release of their above-the-line executions to promote wide awareness of Pepsi Max Taste Raspberry during the first half of the year – kicking off the campaign with the release of their new advertisement featuring “Thanaerng-Kanyawee Songmuang”, the leading actress and trendsetter representing new gens, as the presenter of PEPSI Max Taste Raspberry.

The campaign also sees the supports of many media platforms – Out-of-Home, Mobile, Cinema, and Point-of-Purchase advertising – as well as the online platforms of Facebook, Instagram, Twitter, YouTube, and Line that hit home with younger audiences.

The installation, located at Centerpoint, Siam Square, during March 12-18, 2019 is an exhibition of immersive experience featuring all the five senses during the experience of Pepsi Max Taste Raspberry.

“In barely a month, we gain great feedback on Pepsi Max Taste Raspberry flavour from consumers attracted by the sugar-free maximum taste. We are confident that, moving forward, the launch will inspire a double growth of the sugar-free drink market – from 5 per cent to 10 per cent of the whole market within this year.”